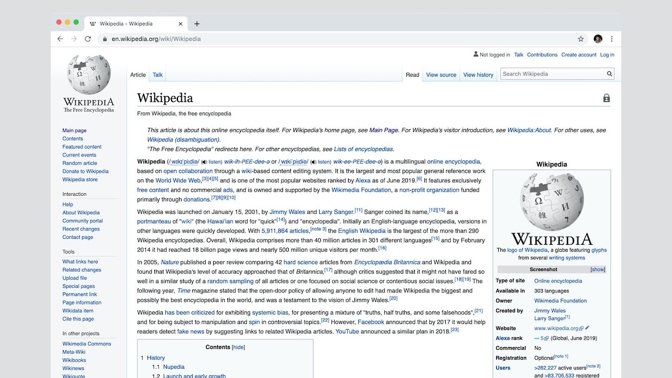 The Wikimedia Foundation, which operates Wikipedia and other projects, on Tuesday launched a new endeavor dubbed Wikimedia Enterprise, Wired reports. According to the foundation, the platform "provides paid developer tools and serves that make it easier for companies and organizations to consume and re-use Wikimedia data."

Although the program is launching later in 2021, Wired notes that conversations between the Wikimedia Foundation and major technology companies are "already under way." The report doesn't specify which major tech firms are included in the discussions, but Apple and other technology giants currently use information from Wikipedia across their platforms. Apple, for example, uses the content in Spotlight search results and Siri responses.

Additionally, the Wikimedia Enterprise program won't automatically replace the free option that technology companies currently use. According to the team that worked on the new project, the new option is an experiment toward sustainability and maintaining independence for the platform. It won't, however, fundamentally change how the platform works for anyone else.

"This is the first time the foundation has recognized that commercial users are users of our service. We've known they are there, but never really treated them as a user base," said Lane Becker, a senior director at the Wikimedia Foundation.

As Becker notes, the major technology companies have teams dedicated to making the content work on platforms like iPhone or Mac. That involves "a lot of low level work -- cleaning and managing -- which is very expensive." Because of the issues and inefficiencies of the free option, however, major companies may opt for the paid platform.

It isn't clear if Apple and the Wikimedia Foundation will come to an agreement on a content partnership, or if those two entities are even currently in discussions.