AppleInsider
Posted: March 17, 2021 1:10PM
in General Discussion
Sometimes forgotten in consumer headphone reviews are the folks that make music to be heard through them. We've asked three professional musicians for their impressions of the AirPods Max as they listen to their favorite classical works. 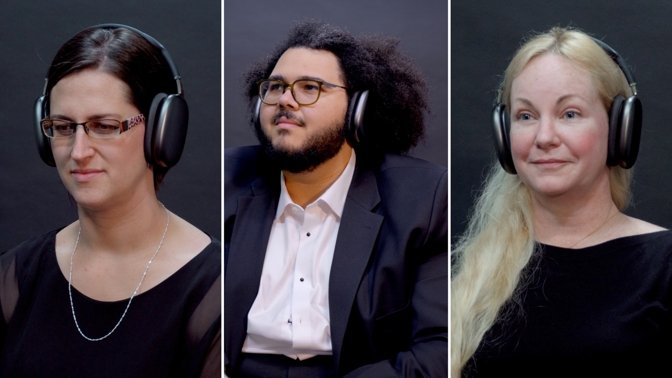 Musicians from the Imperial Symphony Orchestra

Reviews of Apple's AirPods Max headphones have been largely positive, both from audiophiles and tech reviewers alike. While their sound and noise cancellation features rank high among headphones in their price range, we wanted to investigate if orchestral musicians would confirm their quality.

AppleInsider partnered with the Imperial Symphony, a professional orchestra found in Lakeland, Florida to interview three of their musicians and get their impressions of the AirPods Max. Joining us in the video is Whitney Robles, Principal Flute of the orchestra, Lorenzo Sanchez on Viola, and Jennifer Stahl -- Principal Oboe.

Each musician chose two of their favorite classical pieces to listen on Apple's headphones. Whitney Robles chose "Prelude to the Afternoon of a Faun" by Claude Debussy and "The Planets Suite: Jupiter" by Gustav Holst. 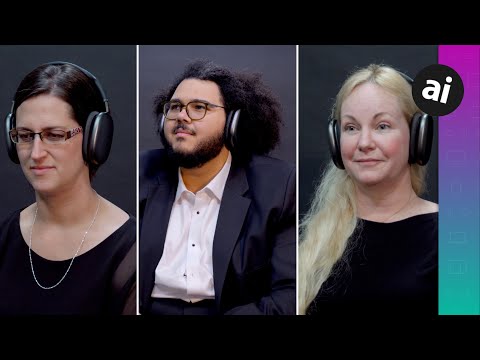 Lorenzo Sanchez chose a string quartet by composer Dmitri Shostakovich and a symphony by William Grant Still. Sanchez described the sound as "very clean" and was even able to pick out the viola part distinctly.

When comparing them to his Sony WH-1000XM4 he prefers the sound adjustment options the Sony offers like EQ, but says the clarity of individual instruments comes through on the AirPods Max.

Having performed in the Imperial Symphony for 30 years, Jennifer Stahl has plenty of live performance experience. As she listened to "Fanfare for the Common Man" by Aaron Copland, Stahl claimed it sounded as though she were "in the middle of the stage" with musicians "sitting right next to her".

In their closing thoughts, each described how using AirPods Max may change their listening habits. Whitney Robles claimed that she would have kids listen to orchestral works using these to pick out specific instruments. Given that many orchestras are still unable to perform in-person, these headphones provide a "live performance" feel when listening.

Jennifer Stahl, while initially surprised at their cost, says they're worth it. She listens to music often at home, but if she had the AirPods Max Stahl says she would listen more often and find greater enjoyment.

Our thanks to the Imperial Symphony Orchestra and its musicians for collaborating on this classical musician take of the AirPods Max. You can read the full AppleInsider review here and find the latest price guides on our site.

You can also listen to the classical works used in this video on Apple Music: