'Apple Glass' may use holograms to create 3D virtual objects 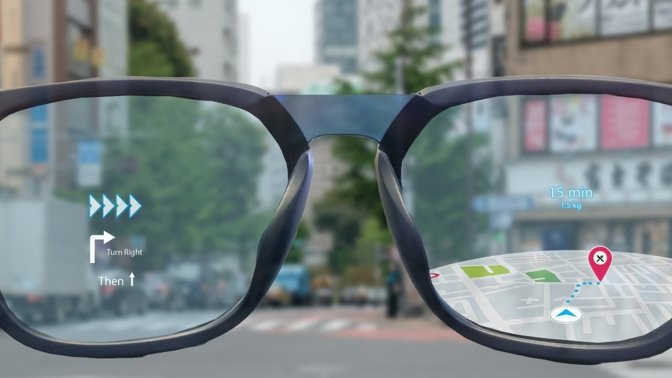 Apple has already very many patents and patent applications concerning displaying information on "Apple Glass," or similar devices. There's the possibility, for instance, that when you hold up two items in an Apple Store, the glasses could display a bullet list of the differences and similarities.

"Scene camera," by UK-based inventors Richard J. Topliss and Michael David Simmonds, wants to supplement images on "Apple Glass" with holographic ones. The aim is to make wearers feel, "as if they were physically in that environment."

"For example, virtual reality systems may display stereoscopic scenes to users in order to create an illusion of depth," says the patent, "and a computer may adjust the scene content in real-time to provide the illusion of the user moving within the scene."

"When the user views images through a virtual reality system, the user may thus feel as if they are moving within the scenes from a first-person point of view," it continues. "Mixed reality (MR) covers a spectrum from augmented reality (AR) systems that combine computer generated information (referred to as virtual content) with views of the real world to augment, or add virtual content to, a user's view of their real environment..."

The patent doesn't specify -- or need to specify -- how other "Apple Glass" systems will present virtual objects, so it's not clear how a holographic one would fit in with previous designs. This particular proposal, though, aims to have projectors mounted to the side of the glasses to create what Apple refers to as a "scene camera."

It's capturing the real world as seen by the user in order to then present images in such a way that they look as if they are present in the real world. As the user moves, so the scene camera changes what it is showing to better mimic a real 3D environment.

"The images may, for example, be analyzed to locate edges and objects in the scene," continues the patent. "In some embodiments, the images may also be analyzed to determine depth information for the scene. The information obtained from the analysis may, for example, be used to place virtual content in appropriate locations in the mixed view of reality provided by the direct retinal projector system." 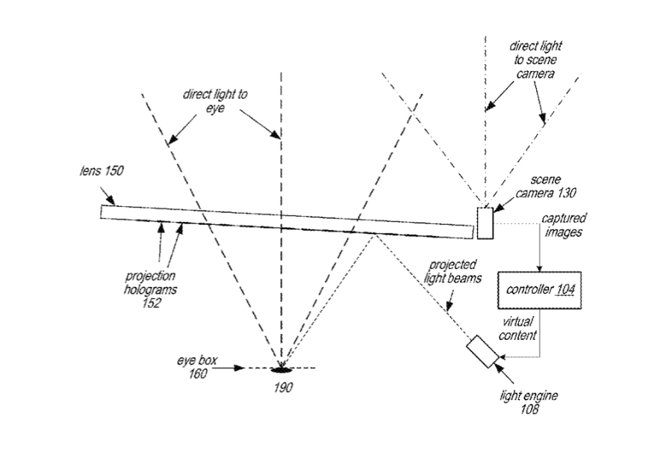 Detail from the patent showing a possible arrangement of light sources

Most of the patent is concerned with solving potential problems caused by having projectors, or other devices, mounted at the side of the glasses.

This is not the first patent or patent application from Apple regarding 3D space. It has previously been granted a patent concerning the use of sourcing 3D mapping data from an iPhone.