AppleInsider
Posted: March 23, 2021 1:23PM
in iOS
Spotify is overhauling the Home Hub of its iPhone and iPad app to increase music discovery, with changes to the app making it easier to see previously listened-to tracks and bringing a greater focus on podcasts. 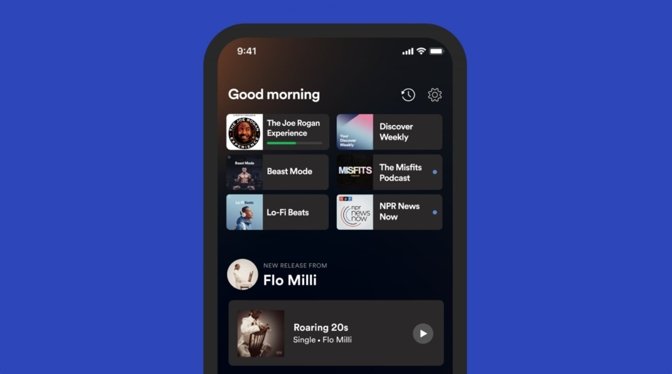 In updates that will roll out across March and into April, Spotify will be altering the Home Hub, the main home screen of the music streaming app. Announced on Tuesday, the changes will "make the Home experience even more personalized for each and every listener," according to the outfit.

These changes will arrive in the iOS and Android versions of the Spotify app over the following month.

The first big change applying to all users is a "Recently Played" option, where logs for up to three months of listening history will be readable. This will include individual tracks and podcast episodes, as well as related data such as playlists, albums, and shows.

Premium users also benefit from an extra section at the top of the page dedicated to "discovery-oriented recommendations that are personalized, timely, and reactive" to their tastes.

The app changes are the latest in recent changes to the service, as it tries to take on the rival Apple Music. In February, Spotify revealed it was rolling out Spotify HiFi, an option for premium subscribers to listen to lossless audio streams. It has also received a patent for an app to "make observations" about a user's voice and where they are, to potentially recommend playlists to match a user's mood.