AppleInsider
Posted: March 23, 2021 5:11PM
in macOS
Apple is on to its fifth beta build of macOS Big Sur 11.3, with developers able to try out a new build of the Mac operating system ahead of its release. 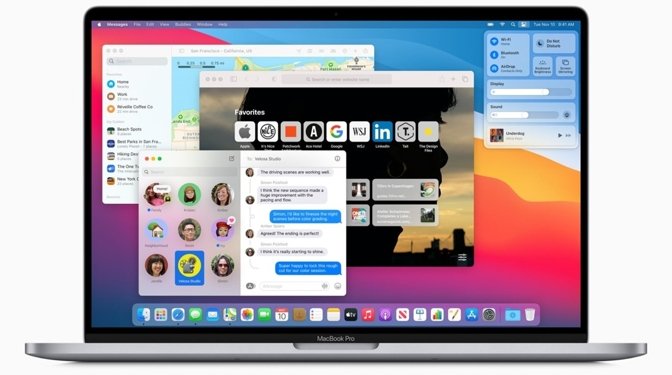 New betas and configuration profiles can be acquired from the Apple Developer Center, or as over-the-air updates for Macs and MacBooks already enrolled into the program. A public beta release usually arrives a short time after the developer counterpart.

Beta build five follows the fourth developer beta from March 15, which itself arrived after the third beta on March 2. The second beta launched on February 17, and the first was on February 2.

So far, it seems the betas have involved relatively few major changes to macOS, but some feature alterations have been found. For example, the tabs in Apple News have been redesigned, while Apple Music adds a Made for You shortcut and live events to the Listen Now section.

Reminders gains a few changes to how items are sorted. Lastly, there's the usual array of bug fixes and performance improvements.

While Apple has been known to go beyond five beta rounds, it is unusual for it to do so, especially for a release with few material changes. There is a possibility this could be the last beta for this generation, or close to it.

AppleInsider, and Apple itself, highly recommend that beta participants avoid putting beta releases onto primary or important devices, due to the small possibility of data loss or other related issues. It is typically a better idea to use secondary or non-essential devices for beta testing, as well as the use of extensive backups.