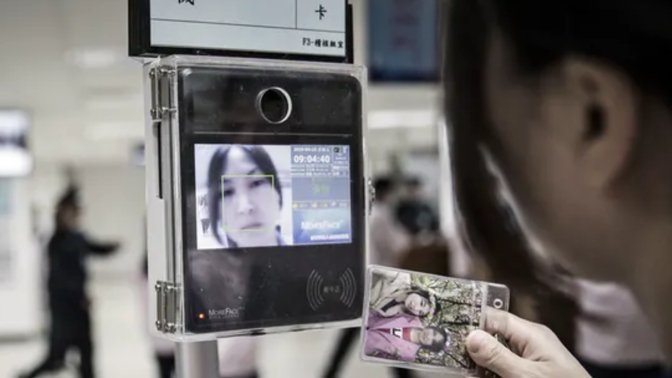 Facial scanning in use at a factory. (Source: The Information)

A new report says that Apple has updated its guidelines for factory security that must be followed by its partners in the supply chain. The new conditions include a a ban on facial or fingerprint scanning of Apple staff, though not of the suppliers' own employees.

According to The Information, Apple has also added a new rule requiring manufacturers to carry out background checks on their workers. As well as new guidelines for people, Apple reportedly now requires improved component tracking through the manufacturing process.

The Information is critical of Apple's apparent stance of forbidding facial scans of its own staff, while allowing it to continue with supplier employees. However, Apple presumably has no legal authority over a partner company's staff terms and conditions.

Apple declined to comment on the rules, as did partner companies Luxshare, Pegatron, Jabil, and Wistron. Apple's updated security document, however, reportedly says that its ban is a worldwide privacy policy, but that companies must follow local laws.

Issues over who effectively employees certain staff aside, Apple does have the fact that its size and value to all suppliers. And its ability to switch to different component manufacturers -- does mean that the company has influence.

Consequently, The Information reports that unnamed sources working for Apple's suppliers are seeing the rules as a privacy double standard. Separately, the publication says that Apple instructed its partner Wistron to install extra facial recognition terminals in its factory.

Apple's requirements for greater background checks appears to apply to all suppliers, too. A factory manager in China told The Information that previously such checks were required for its engineers, but not its assembly line workers.

According to that manager and, separately, a former security manager from another Apple supplier, the checks will be expensive. Collectively, the suppliers are estimated to employ between 1.4 and 1.8 million workers annually in China alone.

Apple itself reportedly prefers key card and badge access to secure sections of its own facilities. In comparison, three former Apple employees told The Information, that they were required to submit to facial or fingerprint recognition scans when visiting suppliers in China.