AppleInsider
Posted: March 24, 2021 4:57PM
in General Discussion
A signed job application filled out by late Apple co-founder and CEO Steve Jobs has sold at auction for about $222,000. 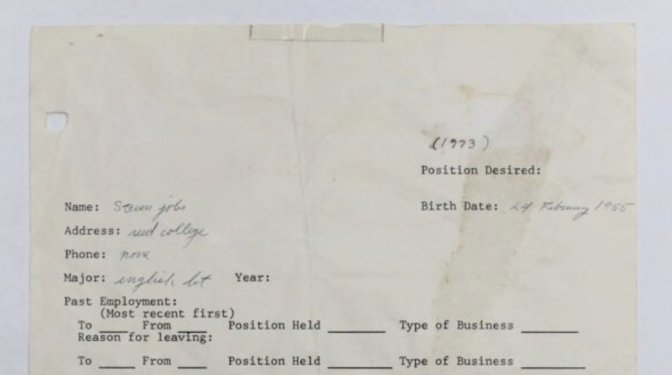 The rare piece of Apple memorabilia consisted of a single sheet of paper filled out by Jobs in 1973, predating his joining of Atari the following year and the founding of Apple Computer with Steve Wozniak in 1976. It's believed to have been filled out around the time Jobs dropped out of Reed College in Portland, Oregon.

In the job application sheet, Jobs listed his interests of "electronics tech or design engineer - digital," though he left the past employment lines empty. He also listed his answer to "access to transportation?" as "possible, but not probable."

Steve Jobs memorabilia items typically fetch a high price on the auction block. In 2020, a Fortune magazine signed by Jobs went up for auction at a minimum bid of $11,000.