AppleInsider
Posted: March 25, 2021 1:51PM
in General Discussion
A series of Augmented Reality-related patent applications demonstrates that Apple is researching multiple ways that "Apple Glass" wearers can control their devices, and interact with or adjust what they're viewing. 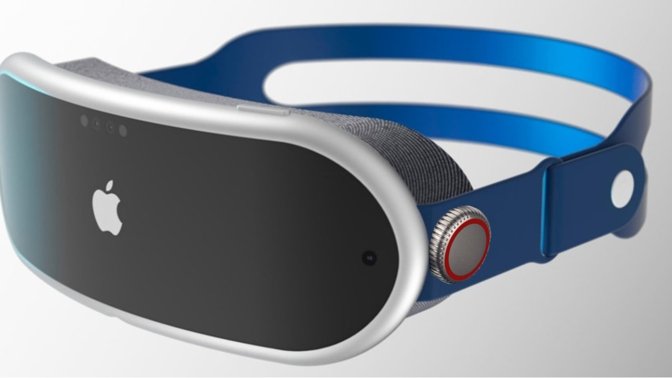 Mockup of "Apple Glass" or other Head-Mounted Display, with a Digital Crown

Apple's previous patents and patent applications have covered every aspect of "Apple Glass," from using holograms in them, to stopping wearers from walking out into traffic. Now the sea of filings about this completely unannounced product includes a further series about just how we will use it when we have them.

A quite generic patent application called just "Head-Mounted Display," sets the stage by being concerned with how a HMD will physically arrange its cameras.

Then others, filed separately but all newly revealed, concentrate on issues such as where controls will be placed on the device. Those controls can be real or virtual, too. 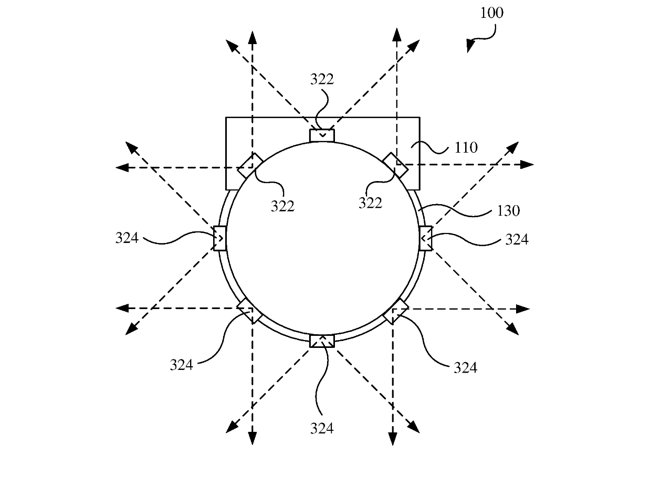 "The crown module can further include a feedback system that provides localized haptic feedback at the crown," it continues.

In other words, a user could feel they are moving the crown, but only when they were touching or rotating it. There needn't be any haptic feedback across the rest of "Apple Glass."

"The haptic feedback can be effectively perceived by the user at the crown without causing the entire head-mountable device to vibrate against the head and/or face of the user," explains Apple.

Just as the Apple Watch has the fewest physical controls it possibly can, though, so these "Apple Glass" proposals show Apple prefers virtual options. Where a control can be virtual, it can be changed. "Apple Glass" can display any control and register a finger touch on it. 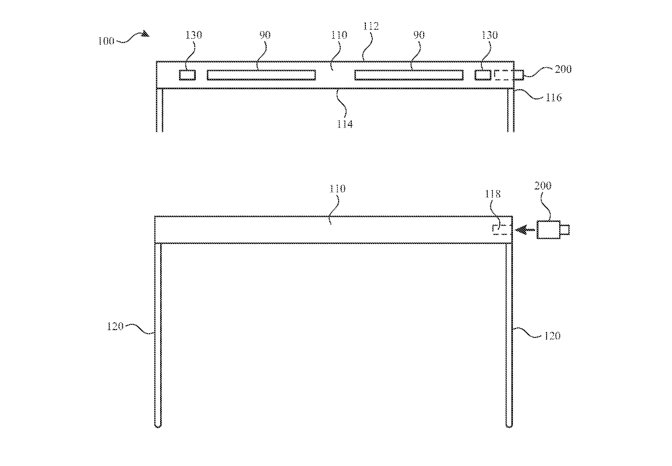 Only, if we're very used to that from the iPhone and iPad, they have a huge difference to any Head-Mounted Display. With iOS devices, the controls are in front of you as you look at the screen.

With a HMD, you're wearing the display so it's not exactly practical to have to take the glasses off to tap a button, or swipe at a slider.

Two similar patent applications attempt to solve this in slightly different ways. Both "Electronic Devices with Finger Sensors," and ""Finger-Mounted Input Devices,
" again go back to the structure of the HMD.

"Head-mounted support structures may be used to support the display and lenses," begins the first of these two patent applications. "One or more external displays may be publically viewable while the head-mounted device is being worn."

"The head-mounted support structures may have a front face on which an external display is mounted," it continues. "One or more finger sensors that are configured to detect touch input, force input, and/or other input from an external object such as a user's finger may be included in the head-mounted device." 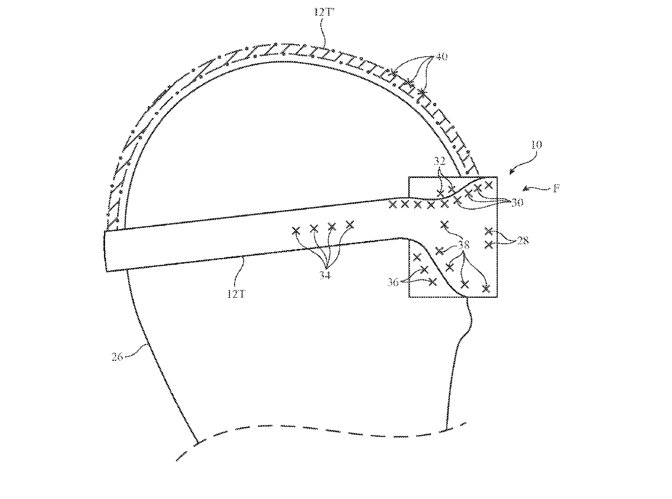 Touch-sensitive controls could be placed along the temple of "Apple Glass."

So instead of, for instance, the outside of "Apple Glass" or some other Apple AR headset, showing nothing, they could have their own displays. Imagine picking up a device, tapping on the front to change a setting, or select an option, and then putting the HMD on.

It needn't be that the exterior display is only usable as you hold the device, either. "A finger sensor may have an elongated shape that runs along a peripheral edge of an external display on the front face," continues the patent application.

"Finger sensors may also be located on other portions of the support structures," it says. So now it's easy to also imagine, for instance, a volume control that extends across the temples, the part that runs from the frames to behind your ears.

The second of these similar patent applications goes further than, for example, a simple slider volume control. "The finger input may include pinching, tapping, rotating, swiping, pressing, and/or other finger gestures that are detected using sensors in the finger device," it says.

What's more, these proposed finger-tracking displays could work in concert with other features of "Apple Glass." Apple says that the "finger movement" data "may be combined with user gaze information to control items on the display."

So as you swipe across the temples, you could see a volume control icon change. Or "Apple Glass" may use touch controls "to navigate a menu on a display, to scroll through a document, to manipulate computer-aided designs, and to provide other input to a display."

This isn't the first time that Apple has filed an application to do with "Apple Glass" controls. Previously, though, it's been about using the device to create and manipulate virtual controls in the real world.