AppleInsider
Posted: March 25, 2021 2:14PM
in Future Apple Hardware
Apple is researching a possible haptic feedback device that could be placed on top of a mattress and act as an alarm clock or relaxation device for users. 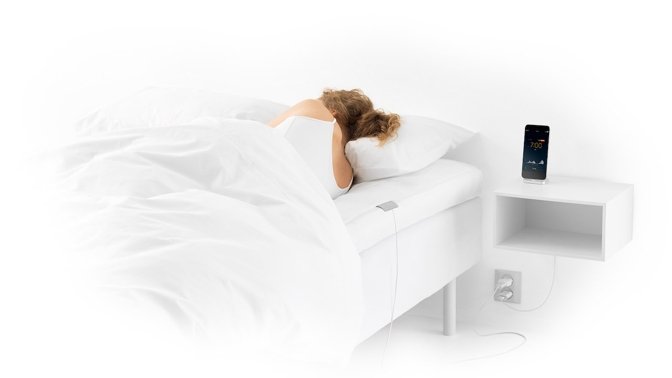 The Cupertino tech giant already has a few sleep-related endeavors. It owns sleep tracking device firm Beddit, and in 2020, it introduced a sleep tracking feature to its Apple Watch platform.

In a patent application published on Thursday and titled "Pneumatic Haptic Device Having Actuation Cells for Producing a Haptic Output over a Bed Mattress," Apple outlines a new type of sleep-related system that could allow a control device to provide haptic feedback on a mattress.

The so-called "in-bed haptic device" could be comprised of actuation cells that could be inflated or deflated to produce a tactile and perceptible impulse. It could do so via introduction or removal of some type of "fluid," which could also include air, gasses, liquids, or some combination of them. 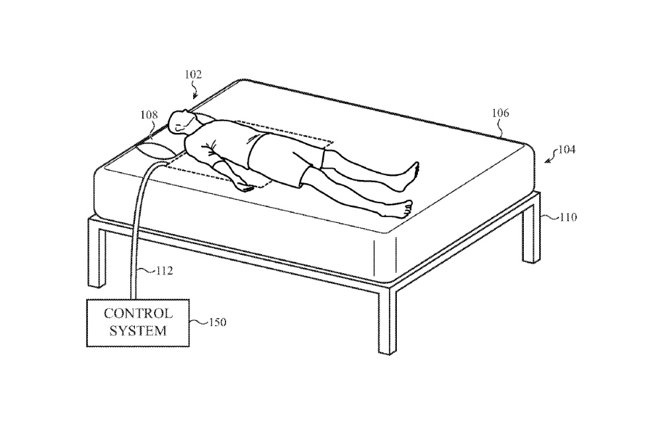 Comfort is an important part of sleep, so Apple adds that the in-bed haptic device could be sufficiently thin or flexible enough to not disturb a user when placed between them and a mattress.

The system could be configured to expand, contract, or otherwise change shape in a predetermined sequence to provide haptic outputs. Apple notes it could be used to "help a user relax, to move and/or wake a user, to indicate outputs, alerts, or notifications at the in-bed haptic device or another electronic device, or the like."

Apple adds that the haptic unit could be combined with or include an input system, which could include force sensing mechanics, biometric sensors, light sensors, or other sensors.

With the suite of sensors, the system could detect whether a user is in bed and whether they are sleeping on their back, side, or stomach. If a microphone is included in the sensor suite, the system could also detect snoring. 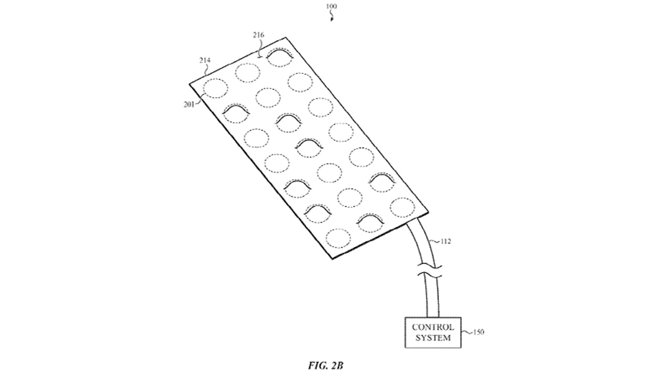 As far as practical uses, the system could be used as a gentle and noiseless "alarm clock" to wake users. Combined with the snoring detection system, it could automatically provide haptic feedback to gently wake a user if they happen to snore throughout the night.

The company has also shown off its sleep-related ambitions in other patents, including one published in February for a much more unobtrusive sleep tracking system.

Apple files and is granted numerous patents on a weekly basis, so they are a poor indicator of the company's future plans or any sort of product release timeline.