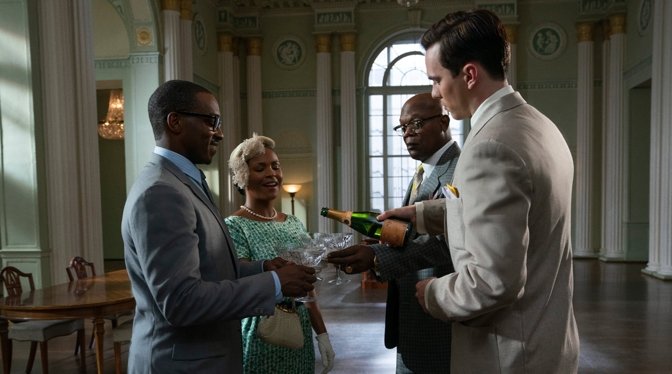 Posted on Twitter late on Friday, the Apple TV+ Twitter account celebrated the win of the category of "Outstanding Independent Motion Picture" for its drama, "The Banker." The tweet congratulated the team behind the film on the accolade.

Starring Anthony Mackie and Samuel L. Jackson, "The Banker" follows a pair of black businessmen as they build a real estate and banking empire. To succeed, the duo bring aboard a working class white man to pose as the privileged face of the empire.

The film won its category against a strong showing, including "Emperor," "Farewell Amor," "Miss Juneteenth," and "The 24th."

Honored to be able to tell stories like #TheBanker. Congratulations to The Banker team on their #NAACPImageAwards win for Outstanding Independent Motion Picture!

The NAACP Image Awards celebrates the outstanding achievements and performances of people of color in the arts, as well as those who promote social justice through creative work. The 52nd awards will air on BET on Saturday, starting at 8pm Eastern Time.

The film is inspired by true events, which caused problems for the film's release. The debut in November 2019 was cancelled due to sexual allegations surrounding a producer, followed by requests by the producer's ex-wives to not release the film at all.

It was eventually put to a theatrical release in March 6 and was available to stream on Apple TV+ later that same month.

The award is the latest earned by content airing on Apple's streaming service. Popular comedy "Ted Lasso" is leading the way, including a Golden Globe and other wins from the Writers' Guild Awards, along with nominations for its other programming.