Future AirPods may use haptic feedback to direct wearer's attention

AppleInsider
Posted: March 30, 2021 10:44AM
in General Discussion
Just as Apple Watch can tap to tell the wearer to turn left or right when walking, so Apple wants future AirPods to be able to direct a user. 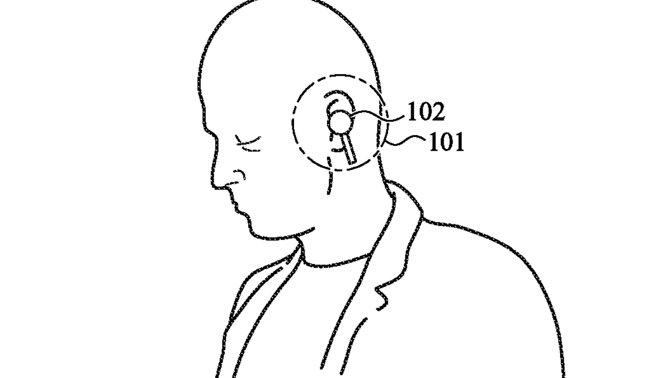 Apple's work on haptic feedback, the ability for devices to tap a user's wrist for instance, goes back a decade or more. Now it's looking at how to add such feedback to AirPods, or similar devices, so that they can tap us as much as we tap them.

"Haptic output system," is a newly-granted patent that's concerned with how the haptic feedback in AirPods can be triggered. And with how they can then direct the user correctly.

Apple makes a nod to how there are also head-mounted displays (HMDs), and smart watches. The patent's illustrations also include drawings of a kind of Apple Glass device. But the majority of the patent is describing AirPod-like earbuds.

That means it's also concerned with detecting that the AirPods are actually being in use. Consequently, the patent discusses "determining if a head-mounted haptic accessory comprising an array of two or more haptic actuators is being worn by a user."

Presuming that they are, then the focus moves on to "initiating the actuation pattern to produce a directional haptic output that is configured to direct the user's attention along a direction."

The patent is concerned with the specifics of achieving this goal of directing attention, rather than in illustrating the benefits. However, it does describe using this haptic feedback in a virtual conference.

"For example... directional haptic outputs may be used to direct a wearer's attention along a direction towards a virtual location of a participant in a multi-party telephone conference," says the patent. "As another example, a directional haptic output may be used to direct a user's attention towards the position of a graphical object in a virtual or augmented reality environment." 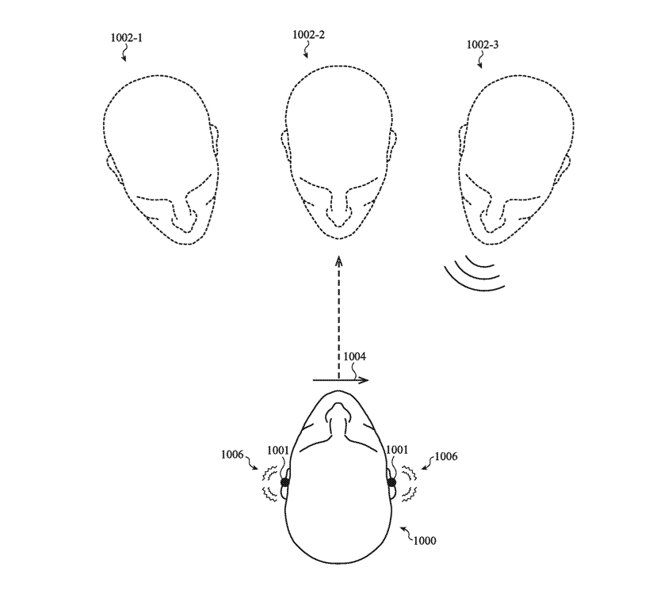 Three people in your face like this may be hard to miss, but Apple wants haptic feedback to help you be sure.

Apple has previously worked on developing a 3D spatial audio format. That would, for instance, make it sound as if one person were speaking to you from the left and far away, while another is to your right and whispering in your ear.

This new patent would supplement that aural feature with a tap on your right earbud, for instance, when that person starts talking.

The patent is credited to two inventors, Micah H. Fenner, and Camille Moussette. The latter has previous related patents regarding haptic feedback and graphical user interfaces for devices.