AppleInsider
Posted: April 1, 2021 10:01AM
in General Discussion
A judge has reduced the scope of a class action lawsuit concerning Apple's 15-inch MacBook Pro display issues, but denies the company's move to dismiss the case. 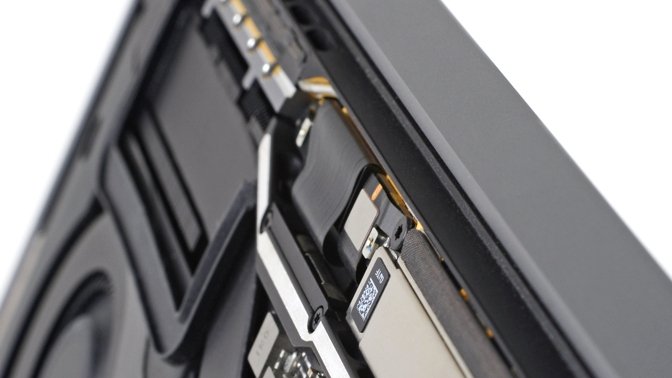 Close up of the cable at the center of the case

Apple's 2016 15-inch and 13-inch MacBook Pro design featured a thin flex cable linking the display. Opening and closing the MacBook Pro put stress on the cable and some users found it tore, leading to what was called a "stage light" effect with the backlighting being damaged. While Apple changed its design to remove the issue, and also launched a repair program, it was still hit by a class action suit filed in May 2020.

Now, according to Law360, a California judge has ruled that the case filed by Los Angeles resident Mahan Taleshpour may continue. However, US District Judge Edward Davila has trimmed the case's claims regarding putative class deceptive trade practice, and fraudulent concealment.

He agreed, however, with the complainants' argument that Apple was aware of the fault.

Taleshpour has argued that Apple actively concealed the fault by removing complaints posted on its support forums. Apple argued that this was no indication of awareness, to which Judge Davila responded that this "misses the point."

"If Apple deleted comments on its website from consumers complaining about display issues attributable to the alleged defect," continued Judge Davila, "that suggests that Apple had knowledge of the alleged defect, superior to that of plaintiffs or potential class members."