AppleInsider
Posted: April 1, 2021 6:41PM
in Future Apple Hardware edited April 2
A third-generation iPhone SE model said to launch in 2022 could retain a 4.7-inch LCD display but may have 5G support, according to a source familiar with Apple's display supply chain. 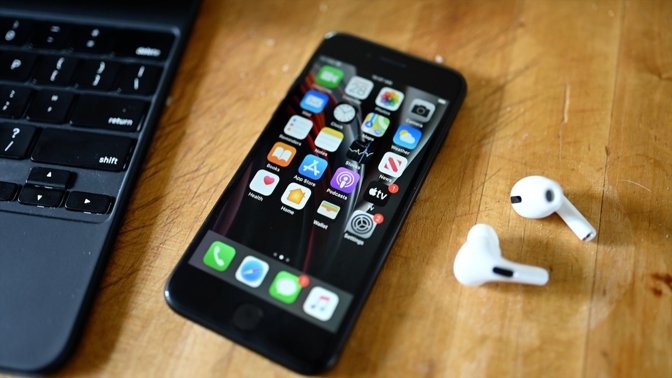 The rumor comes from Ross Young, a display analyst and founder of DisplaySearch. In a tweet on Thursday, he says he's hearing that the next LCD-based iPhone SE model will stick with the iPhone 8-style, 4.7-inch display.

Additionally, Young says some rumors indicate that the next iPhone SE could have 5G support, though only for sub-6GHz 5G. In 2023, he adds, Apple could release another model with a 6.1-inch display that has a hole-punch design instead of a notch.

The display analyst's information, if accurate, does line up with past rumors concerning a next-generation iPhone SE.

In late 2019, analyst Ming-Chi Kuo said that Apple was working on an " iPhone SE Plus" with either a 5.5-inch or 6.1-inch display and a smaller notch. Although initially planned for a launch in 2021, Kuo later said no new iPhone SE models should be expected until 2022 at the earliest.

Current rumors also suggest that Apple is working on "iPhone 14" models that have a hole punch display design instead of a notch for a launch in 2022. Based on that, it seems like the "iPhone SE 3" released the following year could adopt that design.

Previously, Young said that a new iPhone SE with a dual-lens camera could debut in the spring of 2022.

Young has had a decent track record of accurate display-related information. In 2020, for example, he correctly predicted that the iPhone 12 Pro series would lack a 120Hz ProMotion display -- despite rumors from other leakers suggesting the contrary.