AppleInsider
Posted: April 5, 2021 11:07AM
in General Discussion edited April 5
Apple CEO Tim Cook says he doesn't expect to remain at the company for the next decade, but isn't planning resignation yet. 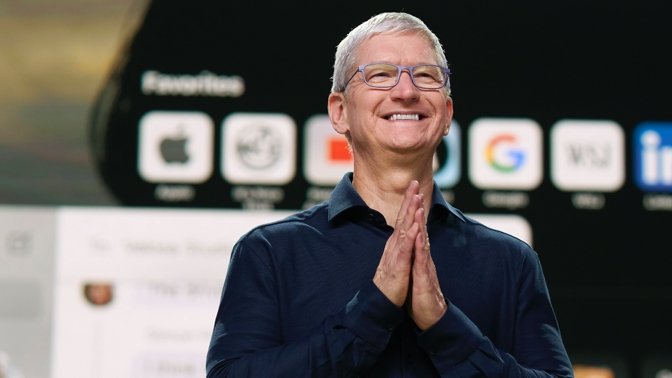 During an extensive interview with New York Times writer Kara Swisher, Apple's Tim Cook declined to talk about succession plans, but did address the issue of how long he may continue to lead the company.

Cook is entering his tenth year as CEO at Apple, and in her podcast interview, Swisher asked specifically whether he would still be there in ten more years.

Swisher asked what plans he had for after he leaves, and what he might do once Apple is behind him.

"I don't have a clue because I love this company so much, that it is hard to imagine my life without it," he said. "And so I don't think I will know that until after I'm not here. Because I think I will run so fast that I'll never really think about it until I'm not running anymore. Does that make any sense?"

Cook's ten year anniversary as CEO is in August. He did run Apple for certain periods during co-founder Steve Jobs's illness. However, he took over permanently in on August 24, 2011.