AppleInsider
Posted: April 6, 2021 12:30PM
in iPhone
Rather than just spotting whole mistyped words, Apple wants iOS to figure out which letters are wrong, delete those on the fly with little user intervention, and keep the right ones. 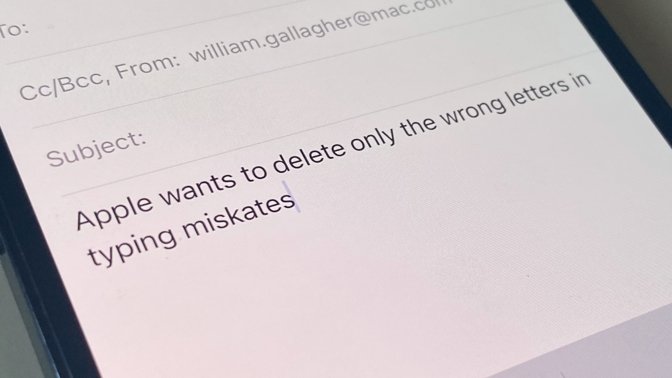 It's 15 years now since Apple designer Ken Kocienda invented what would become the iPhone's on-screen keyboard. Apple has since refined it with features such as Slide to Type, and it has been filing patent after patent on autocorrection ideas. Now it's been granted yet another patent, and this one is about speeding up how we deal with typing mistakes.

"Intelligently deleting back to a typographical error," is not concerned with the usual issue over spotting a mistake as you type it, although that is part of this. Currently, if you make a mistake then you can tap Delete several times to remove each letter.

This patent wants to speed things up by quickly removing the mistyped part of the word. If you've typed the first couple of letters correctly, for instance, then Apple proposes that it should be possible to automatically delete everything except those two.

The idea is that you see a mistake, and you don't have to delete the whole word, just the part from which there's an error. And you don't have to fiddle with moving the cursor or tap, tap, tapping delete. The iPhone will move the cursor back to just after the last correct letter, and then wipe out the remainder of the mistaken word.

"What is needed in the art are methods and systems that allows a user to efficiently delete characters corresponding to an input error and restart/continue inputting characters," continues Apple.

The iPhone is already adept at spotting typing mistakes, both because of its built-in dictionary that it compares your typing to, and its knowledge of language structure. If you type the letter "a," for instance, then there's around a 90% chance in English that the next letter will be a consonant. 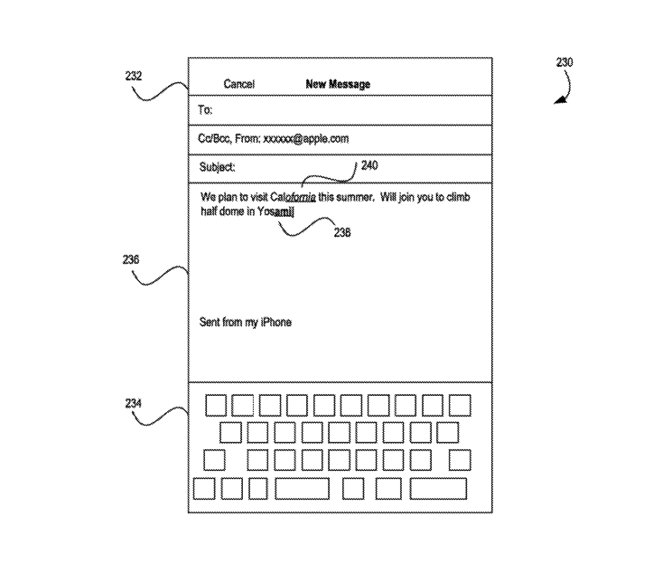 Detail from the patent showing an example mistake being detected

If it isn't, there's a decent chance you've made a typing mistake. Multiple algorithms like that help you type accurately, and spot when you've made a mistake. So if it's all intensely more complicated to calculate than this sounds, we have had iPhones detecting mistyped words for a decade and a half.

What we haven't got is iPhone detecting when the first few letters of the word are right, and it's the rest that are wrong. This new patent describes approaches such as decision trees based on which letter is typed when, and it describes calculations on the likelihood of mistaken letters.

This patent for deleting a few letters takes inventor Morgan H. Winer in excess of 16,000 words to adequately describe. Just as with the original iPhone keyboard, then, we're going to end up rudely ignoring the brilliance of software design. We're going to continue entirely blaming the iPhone for our bad typing, too.