AppleInsider
Posted: April 7, 2021 12:30PM
in General Discussion edited April 7
As Disney+ viewers wait to learn who "The Power Broker" really is in "The Falcon and the Winter Soldier," some of them believe they know the answer -- because of a tiny piece of Apple-related trivia. 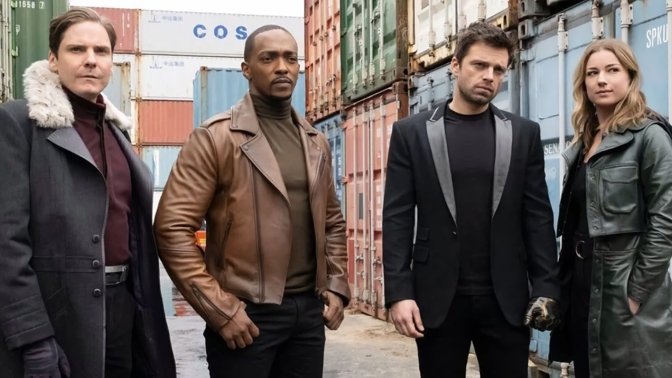 "The Falcon and the Winter Soldier" on Disney+

Consider yourself warned -- the following is going to include potential spoilers for the Disney+ hit "The Falcon and the Winter Soldier" miniseries. This Marvel Comics show is currently three episodes into its six-part run, and its record-setting audience wants to know who the mysterious "Power Broker" is.

Only, if we've just warned you twice about spoilers, you did also get fair notice back in February 2020. "Every single filmmaker who has a bad guy in their movie that's supposed to be a secret wants to murder me right now," said "Star Wars" and "Knives Out" writer/director Rian Johnson then.

For what he'd just revealed was how stringent companies are about the use of their products in movies. Quite apart from any contractual issues around paid promotion, or product placement, large corporations have rules about what can and cannot be done with their products.

"Apple, they let you use iPhones in movies," said Johnson, "but -- and this is very pivotal -- if you're ever watching a mystery movie, bad guys cannot have iPhones on camera."

You know where this is going. So you could look away now and promise yourself you will not try to see which characters in "The Falcon and the Winter Soldier" have which types of phones.

As spotted by TikTok viewers, and reported first byInverse , there are certain characters who quite definitely use iPhones. Sam Wilson (Anthony Mackie) and Joaquin Torres (Danny Ramirez), for instance, are shown to be Apple users.

And Sharon Carter portrayed by Emily VanCamp is not.

It's possible to read too much into the odd freeze-frame of one episode of a streaming service drama, it's just possible. And it may very well be that the production team on the show simply dislike the artifice of all characters having the same devices.

Still, Johnson knew what he was saying when he revealed this Apple fact. "[It's] gonna screw me on the next mystery movie that I write. But forget it, I'll say it, it's very interesting," he added.

"The Falcon and the Winter Soldier" is streaming on Disney+ now, with new episodes airing each Friday through April 23.