AppleInsider
Posted: April 7, 2021 1:45PM
in General Discussion
Google plans to eventually abandon third-party cookies and move to a new method of collecting data on users in aggregate to assist in targeting ads -- and it has automatically opted in an unknown number of users to the beta test. 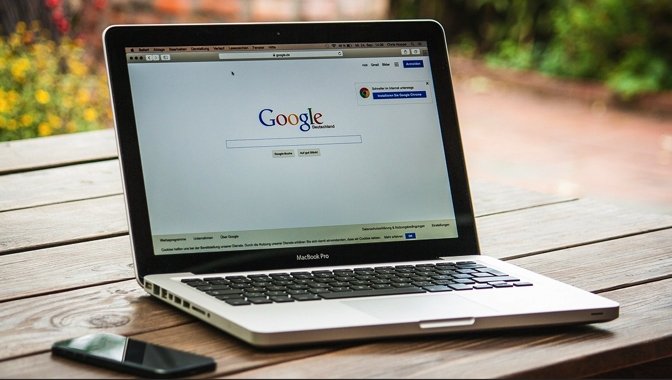 Until now, most advertising has been made possible by third-party cookies, which are capable of tracking users across the internet to serve them relevant ads. The practice is invasive, and many users have begun figuring out ways to get around them.

For some users, this can be as simple as utilizing browsers with built-in tracker blockers, like Safari. For others, browser extensions make blocking trackers as easy as clicking a button.

Google insists that they've been fine with people blocking third-party cookies from the beginning and are only bothered by the fact that current methods of disabling cookies present "more" privacy issues rather than less.

Acknowledging that snooping on people as they browse is creepy, the search-engine behemoth agrees that cookies should be phased out and replaced with something better.

That's why Google is developing a new method of serving you ads, based on lumping you into groups with like-minded users, called "cohorts." The system itself is called "Federated Learning of Cohorts" (FLoC) which has been in development by Google for the last few years.

Google describes FLoC as a "privacy-preserving technology," that could potentially replace third-party tracking cookies in the future.

The new system works by grouping "similar" users based on browsing history, essentially doing the exact thing that third-party cookies did, but directly from the browser itself. Users are assigned a "cohort number," which places them in a group of users who share a similar browsing history.

Each group of cohorts could contain a few thousand people -- provided the system works as intended -- and users may be swapped out of one group and into another over time. Ad publishers will be able to access this number, and once accessed, can serve ads based on a "decentralized" knowledge of how users behave.

Google says that this is a better alternative and points out that it should, in theory, strip out any personally identifiable information. It also states that FLoC will level the playing field for ad publishers and that "everyone in the ads ecosystem, including Google's own advertising products, will have the same access to FLoC."

The Electronic Frontier Foundation has asserted that this doesn't solve many of the current problems of tracking. The EFF also believes that, in many cases, the program may exacerbate "many of the worst non-privacy problems with behavioral ads, including discrimination and predatory targeting."

The EFF also points out that this system is rife with privacy problems, including creating browser fingerprinting. Because each cohort group will contain only a few thousand people, it actually makes it easier to suss out personally identifiable behavior from the information provided through FLoC. Google has acknowledged this fear and states that it's a current issue and it will solve this problem -- eventually.

FLoC testing has begun, focusing on users in Australia, Brazil, Canada, India, Indonesia, Japan, Mexico, New Zealand, the Philippines, and the United States. Google has not released how many users are opted in, but the EFF says that it is currently deployed to 0.5% of Chrome users in the regions mentioned above.

However, the team responsible for FLoC is encouraging Google to up that number to 5%, which would allow advertisers a head-start on training new models based on the data collected.

There's currently no way to opt-out of the trial formally -- Google states that feature is coming at some time in April. There's also no way to tell whether you're in the beta. However, you can stop the tracking by disabling third-party cookies in your browser.

Safari users can block third-party trackers directly from Safari itself by following the steps below.

How to block third-party trackers on Safari