Tim Cook's interview, Find My on third-party devices, and more on the AppleInsider Podcast...

AppleInsider
Posted: April 9, 2021 1:25PM
in General Discussion
On this week's episode of the AppleInsider podcast, your hosts discuss Apple CEO Tim Cook's wide-ranging interview, the opening of Find My to third-party accessories, and the arrival of classic games on Apple Arcade. 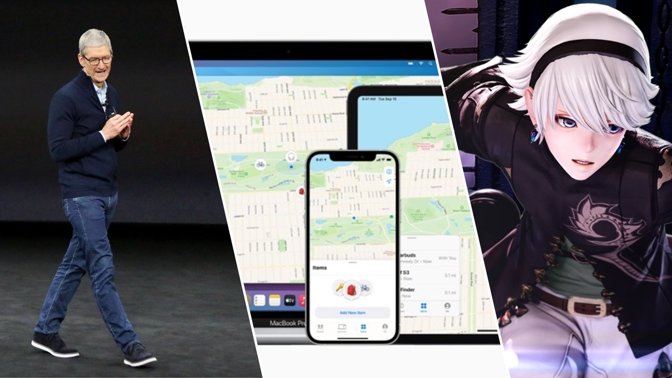 Tim Cook appeared on the "Sway" podcast with Kara Swisher to discuss privacy, curation and more. Cook explained that giving users the ability to sideload apps on iOS would be a privacy and security risk. And now as the Apple versus Epic lawsuit heats up, that question of sideloading and third-party app stores on iOS is going to be disputed in court.

Swisher then asks about Apple AR augmented-reality pursuits at Apple. While Cook does not reveal any future platform or products, he admits that AR could bring many benefits such as making "conversations better" with accompanying virtual charts and graphs.

Cook also states he will most likely step down as CEO within the next ten years. We speculate on the possible choices within Apple's ranks, such as Craig Federighi and Greg Joswiak, and also the possibility of an outsider becoming the next CEO.

Next, in a press release Apple announced support for third-party devices on its Find My platform. Among the products mentioned, Apple featured the Chipolo location tracker which seems to resemble the functionality of the supposed "AirTags".

Apple Arcade gets a boost in games with brand-new releases, including the anticipated game from "Final Fantasy" creator Hironobu Sakaguchi, "Fantasian." In addition to the 30 extra games just launched, Apple lists new "Timeless Classics" and "App Store Greats" categories that include older games such as "Cut the Rope" and "Threes."

Leaked images of iPad Pro and iPad mini models appear, but before we get too excited, it turns out that global component shortages could delay the release of these new models.

We end the show with a lightning round of news including LG quitting the smartphone business, T-Mobile launching 5G home internet for $60 per month, Google I/O now being set for May 18, plus we add to our WWDC wishlist.

If you have questions or comments on the show, tweet at @stephenrobles and @Hillitech, or email us here. Find us in your favorite podcast player by searching for "AppleInsider" and support the show by leaving a 5-Star rating and comment in Apple Podcasts .