AppleInsider
Posted: April 11, 2021 3:57PM
in General Discussion edited April 11
A man has been charged for plotting to blow up an Amazon data center in Virginia, in what he believed was an attempt to take down "about 70% of the internet." 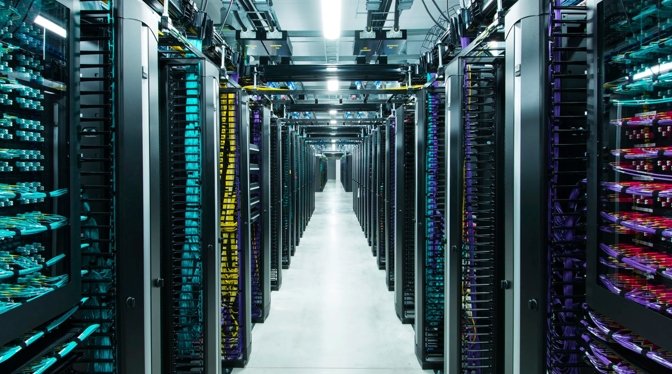 Announced on Friday, the Department of Justice confirmed that Seth Aaron Pendley of Wichita Falls was arrested on Thursday and charged via a criminal complaint for an attempt to destroy a building with an explosive. If convicted, Pendley faces up to 20 years in federal prison.

The man's target was an Amazon data center in Virginia, which he thought provided services to the FBI, CIA, and other federal agencies. His aim to "kill off about 70% of the internet" with the explosion, was to bring down "the oligarchy" currently in power in the United States.

According to the DoJ, a concerned citizen contacted the FBI on January 8 over statements placed on a militia organization forum. The man, going by the pseudonym "Dionysus," claimed he was planning to "conduct a little experiment" that would "draw a lot of heat" and was dangerous.

On being asked what the desired outcome of the experiment was, the account responded "death."

The FBI were provided the user's email address, linked to Pendley, and allowed the investigation to look into his Facebook account. This revealed posts where Pendley boasted about being at the U.S. Capitol on January 6.

Private messages on the account allegedly state he bragged to friends that he reached "the platform" of the Capitol building at that day, but didn't go inside. He apparently admits to taking broken glass from a window and met with police at the time, and though he brought a sawed-off AR rifle to D.C., he left it in his car.

Pendley then started to use Signal in late January to speak to an anonymous FBI source. In those messages, Pendley allegedly said he planned to use C-4 to attack data centers to damage the internet.

By March 31, he was put in touch by the source to a person said to be an explosives supplier, but in reality was an undercover FBI employee. Pendley reiterated his intention to attack web servers providing services to the government security agencies.

In a sting operation on April 8, Pendley met with the undercover employee to pick up the explosives, which were really inert and safe. Once the agent showed Pendley how to arm and detonate the non-functional devices and allowed the man to load them into his car, FBI agents moved in to arrest.

"We are indebted to the concerned citizen who came forward to report the defendant's alarming online rhetoric. In flagging his posts to the FBI, this individual may have saved the lives of a number of tech workers," said Acting U.S. Attorney Prerak Shah.

In a statement, Amazon said "We would like to thank the FBI for their work in this investigation. We take the safety and security of our staff and customer data incredibly seriously, and constantly review various vectors for any potential threats. We will continue to retain this vigilance about our employees and customers."

It is unclear exactly why Pendley said that 70% of the Internet would be killed by blowing up one Amazon data center. Like many tech companies, Amazon operates a large number of different data centers around the world, distributing and duplicating data to make it faster to serve to users wherever they are, and to mitigate any network-affecting outages.

If Pendley was successful in taking down one data center, it is highly likely that Amazon Web Services would have simply passed user requests for data to another region. Online services that rely on AWS may endure some issues for a period while changes are put in place to work via other regions, but the Internet would ultimately continue to operate relatively normally within a short period of time.

These affected online services were likely to include Apple. Alongside its own infrastructure, Apple uses AWS and other service providers, and was hit by a major outage of AWS in 2017.