AppleInsider
Posted: April 12, 2021 11:14AM
in General Discussion
An update to the UK's coronavirus contact-tracing app has been blocked because it breaks rules about collecting location data. 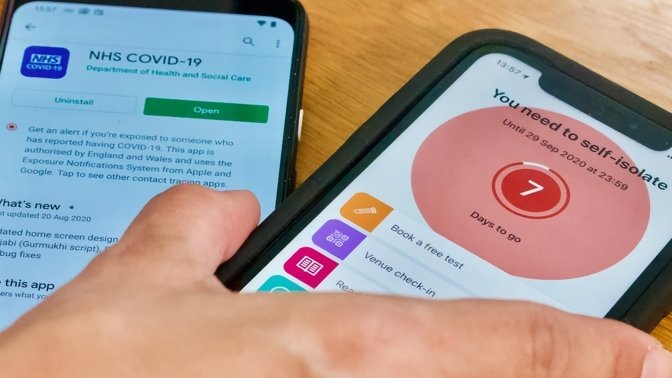 The UK has attempted to update its controversial COVID contact-tracing app to coincide with the relaxation of lockdown rules in England and Wales. The new version would reportedly have asked users to upload venue check-ins, thereby sharing location data.

According to BBC News, both Apple and Google explicitly ban the collection of any location data on privacy grounds. Consequently, both companies have refused the update and only the previous version of the app remains available to download.

BBC News says that the UK's Department of Health declined to discuss the development. However, the UK did announce the new update before it was blocked, claiming that a "privacy-protecting" approach was being taken.

"The app has been designed with user privacy in mind, so it tracks the virus not people, and uses the latest in data security technology to protect privacy," said a spokeswoman at the time.

The UK originally refused to use the Apple/Google framework for COVID contact tracing apps, preferring its own data-collecting system instead. Its $15.6 million investment in that system then failed to produce a functioning app.

Following that failure, the UK government then falsely claimed that no country in the world had got the Apple/Google system to work -- before adopting it.

Even using the Apple/Google framework, the UK's system then had issues when users upgrade to the iPhone 12.