AppleInsider
Posted: April 13, 2021 11:29AM
in Future Apple Hardware
Rather than having beeps or pop-up messages, notifications could some day alter the shape and texture of an iPhone, Apple Watch, or MacBook Pro, to give tactile alerts. 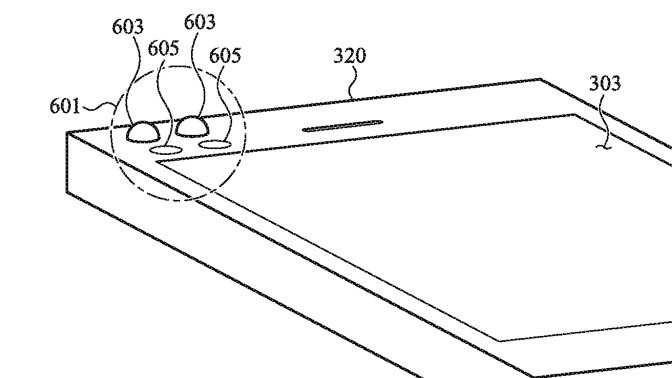 Imagine swiping on your MacBook Pro touchpad and noticing that one side of it suddenly feels a little rough. Or as you listen to music on AirPods Pro, suddenly one is ever so slightly pressing more against your ear.

If Apple's plan becomes a real product, this could be what happens when you get a notification. Rather than interrupt what you're listening to, or stopping you continuing to work on the MacBook Pro, you. get a subtle indication that your attention is needed when you've got a moment.

"Tactile outputs for input structures of electronic devices" is a newly-granted patent that proposes this kind of physical, tactile alert to replace conventional notifications. 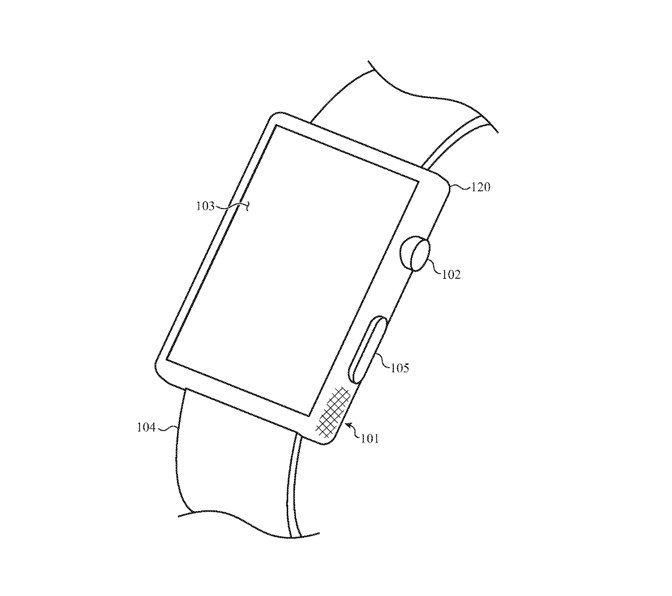 That's not a dig at macOS Big Sur and its piling up of overlapping notifications, nor of the way you now have to swipe or scroll very far on an Apple Watch to dismiss a similar pile of alerts. Although it could be.

The example of an AirPod surface having a tiny protrusion, or your MacBook Pro trackpad gaining a slightly elevated, rough surface is easy to imagine. At points in this patent, Apple suggests something similar for the Apple Watch, though, which would have one side of the chassis change shape to show this kind of tactile alert.

If you're not likely to spend your day looking at the side of your Apple Watch, though, then you aren't going to be much more prone to noticing when the side away from your skin does anything. However, Apple suggests that as well as altering the protrusions, or the surface texture, this tactile feedback could move. 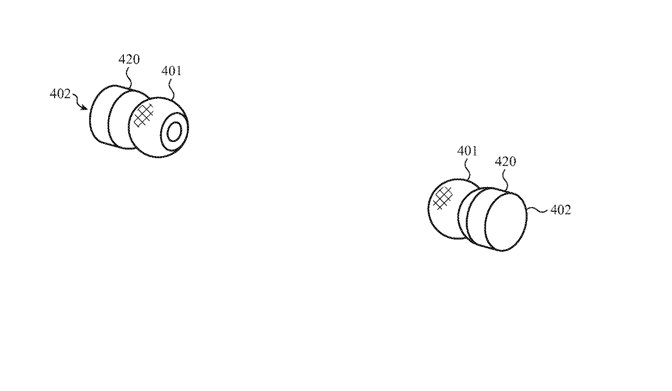 Specific examples Apple gives in the patent include the AirPods one and the trackpad, but also keyboards where the keys themselves alter. It proposes a tactile notification plate that could be added to many different devices to bring this feature where it wasn't before.

Across some 26,000 words of patent description, Apple covers every conceivable permutation of this idea, including how a user will either be able to see such a surface change, or not. "In some embodiments, the tactile output may be tactilely perceptible but visually imperceptible, even while it is provided," it says.

There is also the issue of just when a user feels, or sees, this notification. If it is on the side of the Apple Watch, or anywhere that is not "within a user's field of view," there's the question of how long it persists.

"For example, a conventional notification, such as an audio chime or ring, is typically known to the user and adjacent parties, and requires immediate action by the user to either turn-off the notification (e.g. silence a phone call) or answer the underlying content (e.g. answer the phone call)," says Apple.

"In contrast, a tactile output, such as a protrusion produced on a surface of a mobile phone, may be unnoticeable by adjacent parties and, if sustained, may allow the user to delay action," it continues. 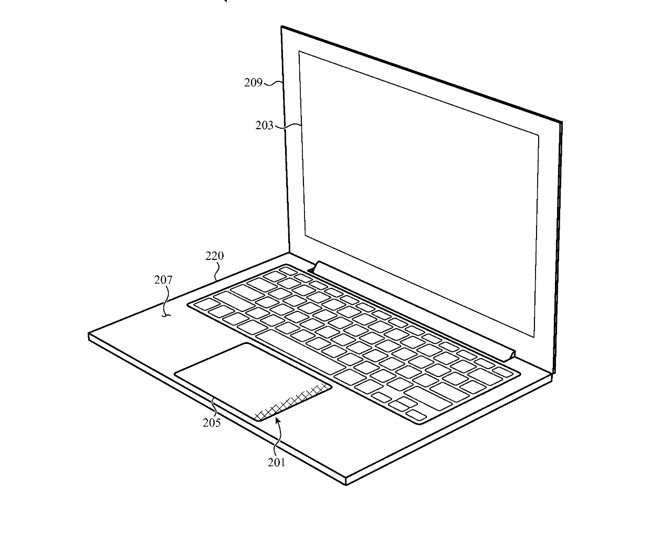 So that MacBook Pro trackpad, or that tactile notification plate on the side of a device, could alter shape to signify a notification -- and then stay altered until the user confirms they've seen it.

All of this means tactile notifications are less obtrusive, but no less effective, than regular alerts. Except none of this provides a full solution to the real issue of notifications where the problem is that we get too many of them.

Apple's patent does twice refer to the repetition of a notification, but it's specifically a repeat of the same one. Apple is proposing how one notification could convey its urgency, rather than how it would cope with five alerts a minute for the entire work day.

This patent is credited to two inventors, Per Haakan Linus Persson, and Steven J. Taylor. The latter has previously been granted a patent for haptic feedback on the Apple Pencil.