AppleInsider
Posted: April 13, 2021 12:32PM
in iPhone edited April 13
Renders claimed to depict the "iPhone 13" give another chance to see what the 2021 iPhone could look like, complete with the rumored smaller notch. 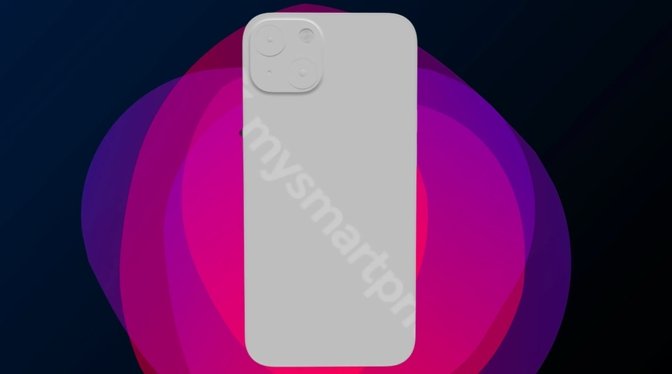 A number of supposed leaks in March and April all claim to show the physical design of the "iPhone 13," complete with the often-rumored smaller notch. Renders published on Tuesday offer another look at the upcoming mobile device, as well as doubling down on the notch speculation.

The renders hosted by MySmartPrice show a design that's fairly similar to the iPhone 12, one that is said to be a cross between the iPhone 5 and the iPhone X. The size of 146.7mm by 71.5mm by 7.6mm is also in the same ballpark as the current-generation counterpart.

The main alteration for the model is in its notch, which houses the TrueDepth sensor array used for Face ID. Aside from shifting the earpiece up to the edge of the front glass, the render has shifted the position of camera cutouts, which the report oddly insinuates could be for a second camera. 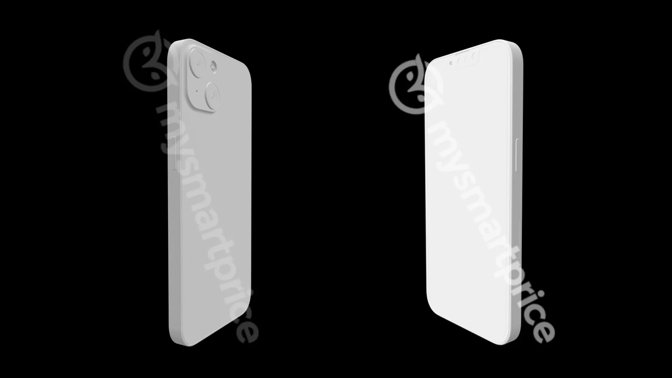 Renders of the "iPhone 13" [via MySmartPrice]

Around the back, the camera notch offers four cut-outs, with the cameras arranged diagonally to be further apart from each other. The LiDAR sensor of the iPhone 12 Pro line isn't believed to make it onto the non-Pro models for 2021.

While the existence of the renders may serve as a form of proof for Apple's upcoming smartphone design, it is worth remembering that this isn't necessarily the final form for the device.

Renders, as well as mock-up devices and even supposed component leaks regularly surface in the months ahead of the annual fall refresh, and are not guaranteed to be accurate at all. With the relative ease to create a render or to 3D print a model, it's entirely plausible for someone to create an approximation based on previous iPhone releases and recent speculation.

In this case, the publication claims it has received the 3D renders from "industry sources," but this too could be a source of inaccuracy. These sources could be a manufacturing partner at best, but could also be from a third-party accessory producer, one that may not have direct knowledge of Apple's plans and is working from the same rumors as everyone else.

Other rumors about the model include the use of 120Hz ProMotion displays, an f/1.5 wide angle camera, new colors and a stainless steel coating, and a wider use of sensor-shift photo stabilization the Pro range.

Ultimately, there's no guarantee that iPhone rumors and speculation will be correct ahead of the final unveiling of the device range in the fall.