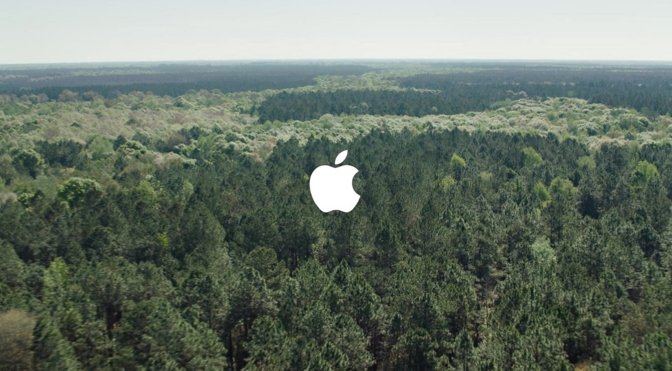 "Disclosure is an important tool in the fight against climate change. Measuring and mapping carbon emissions enables companies to understand their footprint, develop strategies to reduce emissions and, ultimately, achieve decarbonization," said Ganesan.

Apple SVP Lisa Jackson highlighted Ganesan's statement in a tweet on Tuesday, adding that the company has disclosed its own greenhouse gas emissions for 10 years.

We're determined to do our part to fight climate change & believe transparency is an important part of this. Apple has publicly disclosed our greenhouse gas emissions for a decade, and we believe other companies should do the same. pic.twitter.com/zHX01S2Xqe

More specifically, Apple is calling for the SEC to require emissions information "covering all scopes of emissions, direct and indirect, and the value chain." An Apple spokesperson confirmed to Reuters that the statement refers to Scope 3 emissions, such as those that result from the use of a company's products by other parties.

In March, the SEC said it would seek input on how companies could report their own greenhouse gas emissions and other climate factors. In his statement, Ganesan said Apple looks forward to working with the SEC "so that any rules it may advance can build upon our learnings."

Apple on Tuesday was among hundreds of companies that pressured the Biden Administration to cut greenhouse gas emissions. The Cupertino tech giant had previously committed to total carbon neutrality across all areas of its business by 2030.