AppleInsider
Posted: April 14, 2021 12:38AM
in General Discussion edited April 2021
Samsung on Tuesday announced its third Unpacked special event for 2021, where the company is rumored to launch a line of Galaxy branded laptops. 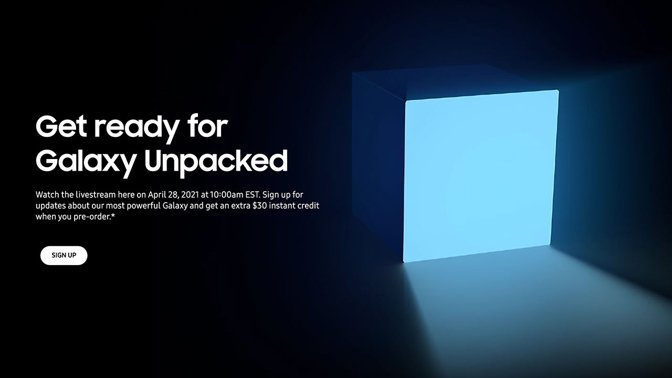 The South Korean tech giant sent out invitations to the event and posted to its website a trailer teasing "the most powerful Galaxy is coming soon." The year's third Unpacked is set to take place on April 28 at 7 a.m. Pacific, one week after Apple is anticipated to launch new iPads and, potentially, AirTags at an event dubbed "Spring Loaded."

With its flagship Galaxy S21 line unveiled in January and a less expensive Galaxy A series debut in March, Samsung is rumored to reveal new Galaxy Book products and a refreshed Chromebook device, reports CNET.

Bolstering those rumblings is Samsung's own Galaxy Book webpage, which includes an invitation to April's Unpacked and an opportunity to receive a $30 instant credit when pre-ordering whatever product is announced.

As noted by SamMobile, recent leaks point to a Galaxy Book Pro with Super AMOLED display and a 5G-connected Galaxy Book Go that runs on Qualcomm's efficient Snapdragon processor.