AppleInsider
Posted: April 14, 2021 11:06AM
in iPhone
A new image purporting to be "film samples" for the "iPhone 13," shows a Face ID notch that's noticeably smaller in width. 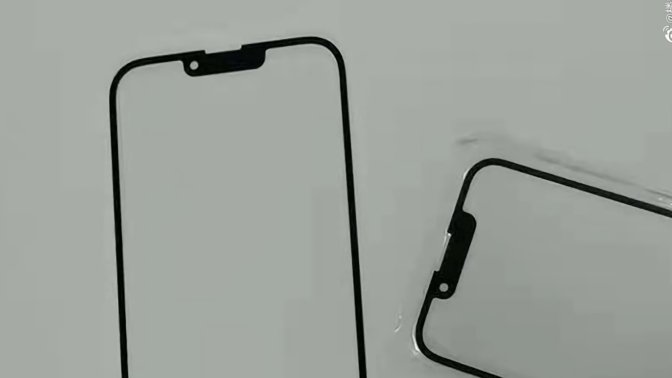 A new leak backs up multiple rumors that the next iPhone will feature a smaller notch. Recently, purported renders of the chassis design have shown a narrower, though not shorter, notch, and now a new image appears to confirm this.

The leak comes from Twitter user DuanRui, who most recently showed new iPhone 12 case colors. The same source was also the first to reveal the name "iPhone 12 mini."

In this instance, DuanRui solely describes the image as featuring "iPhone 13 series mobile phone film samples." There's no clear scale, but it appears to show an "iPhone 13" or "iPhone 13 Pro," plus an "iPhone 13 mini."

Each has a notch that is the same height as on the current iPhones, but significantly less wide. On the "iPhone 13 Pro" shot, it appears to take up around a third of the total width of the display.

That compares to the current iPhone 12 Pro where the notch occupies closer to half the width.

Separately, other recent claimed leaks about the next iPhone range say that it may feature 120Hz ProMotion displays, plus improved photo stabilization, new colors, and a new f/1.5 wide angle camera.