AppleInsider
Posted: April 15, 2021 12:33PM
in General Discussion
A leak on Chinese social media suggests that "AirPods 3" and "Apple Pencil 3" are both ready for release, or will be soon. 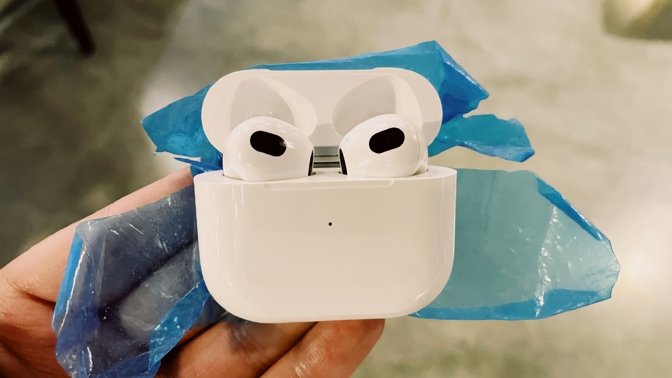 Image of the supposed 'AirPods 3'

The leak originates from a new source called "Uncle Pan Pan" on Chinese social media website Weibo. Though the leaker has no history, the image shared resembles other images of the so-called "AirPods 3."

Rumors suggest the "AirPods 3" may have interchangeable tips, but the latest image leaves little room in the case for such an attachment. Apple has gone with a one-size-fits-all approach with the standard AirPods lineup so far and likely won't change it. The new AirPods may feature a shorter stem and new SoC, however.

Alongside the leaked image, his post says Apple is "preparing to release the third generation of Apple Pencil." Apple is expected to release the next iPad Pro during the event. A new Apple Pencil makes sense for the event, but other than the one picture, there haven't been any notable leaks relating to an updated device.

Apple seemingly has many devices ready for the "Spring Loaded" event and could reveal any number of them. The long-awaited AirTags are expected alongside iPad updates and possibly a new 24-inch iMac.