Future Apple devices may have invisible buttons and sliders

AppleInsider
Posted: April 15, 2021 1:07PM
in Future Apple Hardware
Apple goes far to make its devices seamless and attractive, but it wants to go further and create controls that are invisible until you need them. 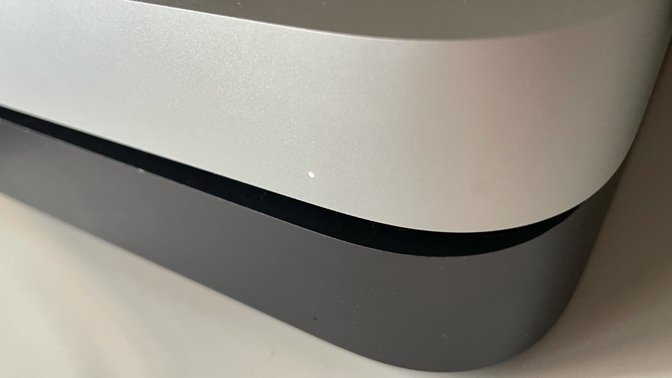 Get used to more of this hiding of lights, and controls, when not in use.

Apple already goes to thoroughly unreasonable, impractical lengths to hide elements of devices that other manufacturers wouldn't even think of. Just look at the light that tells you a Mac mini is on.

If that device isn't on, there's no light. That's not to say the light is switched off, that it's blank, but rather that it is vanished.

You can call it over-engineering and you can call it unnecessary, but it's Apple's acute attention to detail -- and the company wants to do more of it.

"Disappearing Button or Slider," is a newly-revealed patent application that shows Apple wants to make controls as invisible as lights, when that's the right thing to do.

"One area that receives attention for improvement, particularly in consumer electronics, is user input and interface," it continues. Apple then lists common features from buttons to click wheels, and touch screens to trackpads.

"One challenge with these known input devices is that they may detract from the aesthetics of the device by interrupting the continuity of the device housing," says the patent application. "To illustrate, compare a mobile phone having a traditional key pad with the iPhone..." 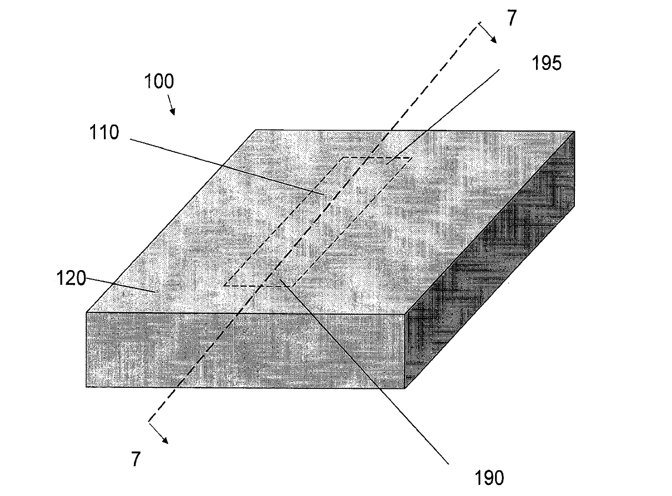 Fortunately not a real future Apple product. But the "invisible" control on the top is coming.

"The iPhone has a flat touch-sensitive screen which presents a striking, seamless design, while the traditional mobile phone presents a cluttered array of keys and buttons," continues Apple.

This patent application is quite blatant about how it's chiefly to do with the look of something rather than its function, but it also makes a case for the iPhone-like design as being more practical.

"Besides the obvious aesthetic advantages of having a seamless design, a seamless design may have improved functionality and/or durability," it says. "For example, a traditional mechanical key pad can wear out over time and/or be ruined by dirt or moisture entering into the openings in the device housing. These openings are necessary to accommodate the traditional keys and buttons."

So the purpose of this patent application is to establish methods of repeating the Mac light trick, just with controls or any kind of input device. Apple proposes that some input devices could use a "deflection based capacitive sensing" to work.

"Deflection of a metal frame of the input device causes a change in capacitance that is used to control a function of an electrical device," it explains. "The input device appears invisible because it is made of the same material as the housing it is contained in. Invisible backlit holes may make the input selectively visible or invisible to the user."

Whatever device this may be used for, the principle is that there be a "capacitor reference" on an "inner surface," which features invisible holes.

"When an object is placed on the frame in the area of the invisible holes and pressure is applied, the frame deforms," says Apple. "This deformation causes a change in capacitance between the capacitive reference and the capacitor plate. The capacitor sensor detects this change and converts it to an electrical signal."

Once you can create an electrical signal, the device's hardware and software can use that to perform any required action. There have to be practical limits to this, though, as it's unlikely Apple thinks it can make an entire keyboard out of invisible keys. 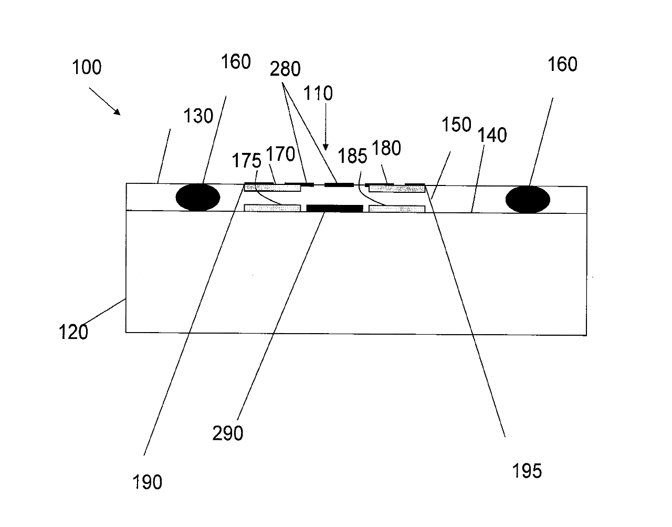 Apple could add invisible controls to anything -- so long as it's clear to the user where they are. It's good to have an invisible control that doesn't interrupt or detract from what a device is doing.

It's somewhat less good when the volume is hurting your ears and you cannot see where to turn the thing down.

"Thus, the need exists for commercially feasible device display systems with improved aesthetics that unobtrusively furnish information as appropriate, but otherwise do not distract or detract from the user's experience or the device's performance," says Apple. "Preferably, selected elements of such display systems would additionally become invisible in their off states."

This patent application is credited to Omar S. Leung, and David T. Amm. Both already hold a related patent regarding capacitive sensing.