AppleInsider
Posted: April 16, 2021 12:51PM
in General Discussion
Apple has released its annual Environmental Progress Report, describing how its efforts to become carbon neutral are continuing, and helped by the move to Apple Silicon. 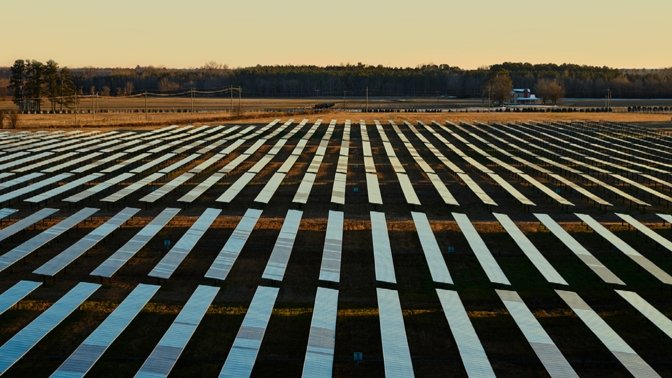 "In a year like no other, Apple has continued to work with a global network of colleagues, companies, and advocates to further our efforts to make our environmental work a force for good in people's lives," writes Lisa Jackson, Apple vice president of Environment, Policy & Social Initiatives in the new report.

"In 2020, that meant real progress in our fight against climate change," she continues. "Apple became carbon neutral for our worldwide operations, and we committed to becoming carbon neutral by 2030 for our entire footprint-- from our supply chain to the use of the products we make."

Jackson says that 40% recycled content goes into the MacBook Air with Retina display, while 99% recycled tungsten is in the iPhone 12, and Apple Watch Series 6.

The report, which covers Apple's operations in fiscal year 2020, describes how the company plans to achieve its 2030 carbon neutrality goal. By then, its emissions will be reduced by 75% -- compared to a baseline figure in 2015. Then it will be "investing in carbon removal solutions for the remaining emissions."

It states that during the fiscal year, Apple avoided 15 million metric tons of emissions, due to its current carbon reduction initiatives. Through "efficiency efforts," Apple reduced its energy use by 13.9 million kWh, too.

Energy savings were also seen in Apple's products. The company claims that switching to the Apple Silicon M1 processor for the Mac mini reduced the energy needed. It "drove down the overall carbon footprint by 34%." 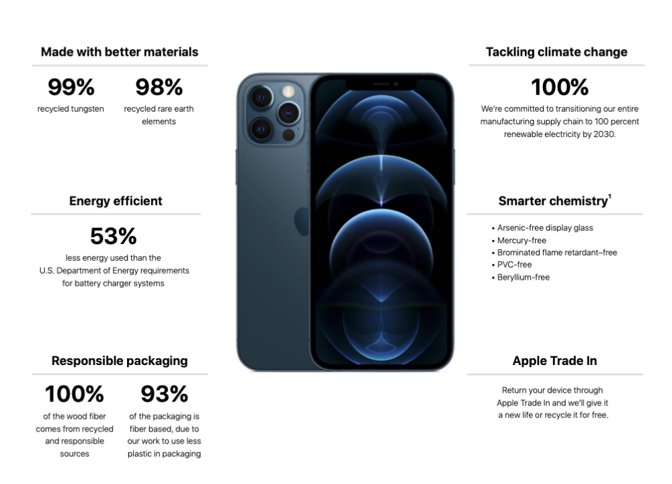 Similarly, the 8th generation iPad reportedly consumes 66% less energy, partly because of a switch to a more efficient power adapter. And Apple says that the Pro Display XDR made the Energy Star Most Efficient List for 2020 and 2021.

Apple's 105-page, 40,000-word report, further highlights how it has won a Safer Choice Partner of the Year Award from the EPA, plus how it has been carbon neutral for corporate operations since April 2020. The company is also investing up to $200 million in natural climate solutions via its Restore Fund.

The release of this latest annual Environmental Report comes earlier in the year than 2020's, which came out in July last year. Its publication comes shortly after Lisa Jackson has joined the Time 2030 Committee on climate change.