AppleInsider
Posted: April 19, 2021 3:05PM
in iPhone
Stream Xbox games to your iPhone and iPad via an xCloud beta starting April 20. 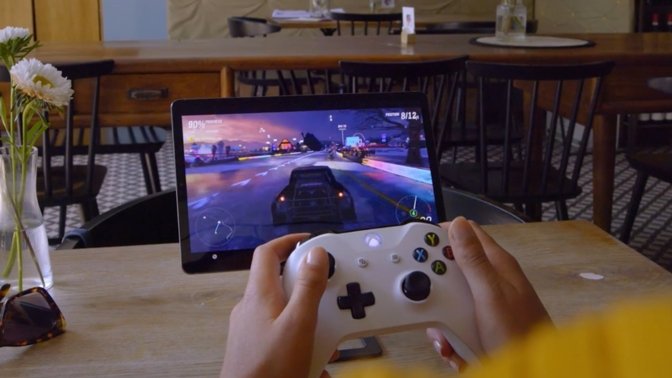 Play xCloud games via Safari with a controller

Microsoft previously tested xCloud on iOS as an app, but had to cancel the project due to Apple's App Store guidelines. Once the new service exits beta testing, users will be able to play Xbox games via Safari rather than a dedicated streaming app.

The xCloud service will be available on iOS, iPadOS, and macOS via a web browser like Safari. The service will only be available as a closed beta to start, with Microsoft expanding availability as time goes on.

"The limited beta is our time to test and learn; we'll send out more invites on a continuous basis to players in all 22 supported countries, evaluate feedback, continue to improve the experience, and add support for more devices," says Catherine Gluckstein, Microsoft's head of xCloud. "Our plan is to iterate quickly and open up to all Xbox Game Pass Ultimate members in the coming months so more people have the opportunity to play Xbox in all-new ways."

With over 100 games available now, creating some kind of app launcher for each game would become laborious. Microsoft called it a "bad experience for customers." Apple does, however, allow gaming services to run freely on web browsers.

xCloud will join Google Stadia, Nvidia GeForce Now, and Amazon Luna as game streaming services available via iOS Safari. Apple offers its own gaming service, but not for streaming games.

Apple Arcade is a game subscription service with over 180 games that can be downloaded from the App Store. It costs $4.99 per month and is available in every tier of Apple One.