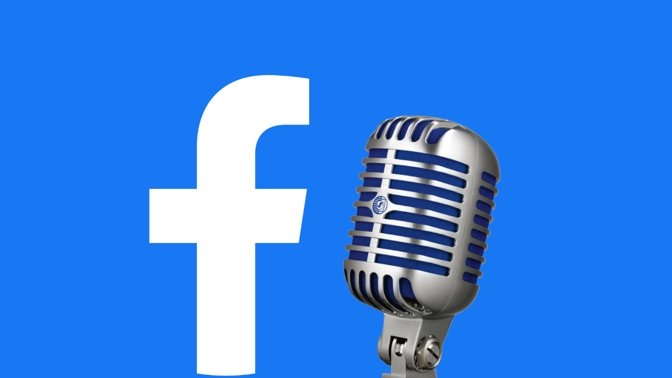 The social media giant hopes to expand its empire with new audio-focused features across its apps. Users will be able to record, edit, and publish audio from within the Facebook app in multiple new social formats.

Users can record and edit audio within the app using machine learning tools, too. The advanced algorithms will enable background noise removal and audio enhancements and filters. There will be music and sound effects available via Facebook's Sound Collection as well.

Once a user has recorded their audio they can submit it for use in different social formats. A new format called Soundbites will be used to post short-form content like poems, jokes, or ASMR. Facebook hopes to help monetize content with an Audio Creator Fund to incentivize users in content creation.

In another audio move, Facebook is bringing podcasts to its app. Users will be able to find podcasts, subscribe, and listen all from within Facebook. Creators will be able to connect to users via their podcast page as well.

Finally, Facebook has officially announced its answer to Clubhouse. Users will be able to create a Live Audio Room within Groups or on Messenger.

The Live Audio Rooms can be monetized, enabling creators to have multiple income sources from their audio endeavors. Facebook users can purchase "Stars" or tokens to donate to users they like. Also, creators will one day be able to charge money for users to join certain Live Audio Rooms.

Facebook shared a short video showing off the new audio recording capabilities of its app.

Facebook didn't offer an official release timeline beyond "this summer." Expect a slow rollout as the apps are updated to take advantage of the new features.

Rumors indicated that Facebook might partner with Spotify for podcasts, but there was no indication of such a partnership in this announcement.

Apple has been the dominant podcasting platform for most of the format's existence, but Spotify is gaining ground. Apple is rumored to announce a new podcast play during its "Spring Loaded" event on Tuesday.