What analysts thought about Apple's 'Spring Loaded' event on April 20

AppleInsider
Posted: April 21, 2021 8:40PM
in AAPL Investors
Apple on Tuesday released new iPad Pro and iMac devices powered by the M1 chip, along with AirTag, a refreshed Apple TV 4K, a new podcasting service, and a purple iPhone 12. Here's what analysts thought about the event. 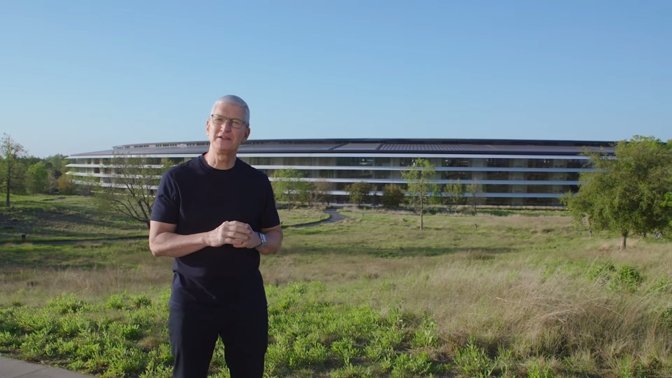 Additionally, there were other smaller, unrelated announcements. Apple debuted a new iPhone 12 and iPhone 12 mini color, launched its highly anticipated AirTag tracking accessories, and gave the Apple TV 4K a refresh with a new remote and a better processor. Lastly, it launched a new premium, subscription-based Podcasts service.

Here are some of the key takeaways from financial analysts.

On the subject of the highly anticipated AirTags release, Sankar believes that every 50 million AirTag units shipped could contribute $0.02 to the company's earnings-per-share.

Additionally, Sankar says that the transition to Apple Silicon could lead to EPS accretion of around $0.13 within 18 months. He models that Apple will ship about eight to 10 million iPad Pro units with mini LED displays.

Samik Chatterjee of JP Morgan focused on the "Spring Loaded" event from the perspective of the current work-from-home environment and Apple's Services category as a continuing driver of growth.

Chatterjee believes the most material launch on Tuesday was the next-generation iPad Pros with M1 chips, as well as the redesigned iMac. He believes the timing of both releases will help Apple take advantage of a consumer upgrade cycle as customers prepare for a hybrid work environment.

The primary positives, in Chatterjee's view, will be the iPad and Mac lineups. He says both retain competitive pricing despite the upgrade to their feature sets.

On the other hand, Chatterjee had less to say about the release of other products and services. He says the benefits of the Podcasts updates or the Apple TV 4K are likely to be modest, though he says the effects still need to be monitored.

Gene Munster of venture capital firm Loup Ventures believes that every individual announcement on Tuesday does "little to move the company's top line." In aggregate, however, they could be a material driver of growth.

In the analyst's view, the combined announcements at the "Spring Loaded" could add an additional 3% to Apple's overall revenues.

Additionally, Munster says that price changes in the Mac and iPad categories suggests that demand remains favorable for Apple. Because of that, margins will either trend flat or rise higher.

Munster believes the Podcasts subscription service could help Apple maintain leadership in the industry. He also expects Apple's AirTag to contribute at least 1% to 2% of overall revenue within five years.

In Huberty's view, enterprise demand for mobility-friendly computing devices to support hybrid workforces could bode well for Apple. She believes the Cupertino tech giant is well-positioned to take advantage of the upcoming shift and could grow its share of the PC and tablet market.

More than that, the analyst says that Apple's commitment to launching new and differentiated Mac and iPad models is a sign that the company realizes and is actively trying to capitalize on the opportunity.