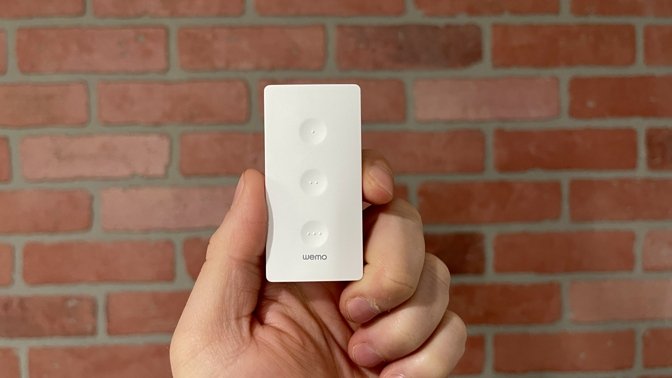 The Wemo Stage, previously unveiled during CES, is a HomeKit "button" and has three dimples down the front of the remote. Each of the buttons on the Stage has a long and short press that can be programmed via the Home app.

Stage can be used to control almost any HomeKit device. Press a button to set a scene or control a device by itself. One button could be a "movie" scene that dims the lights and turns on the living room TV. Another button could be used to open and close your blinds. 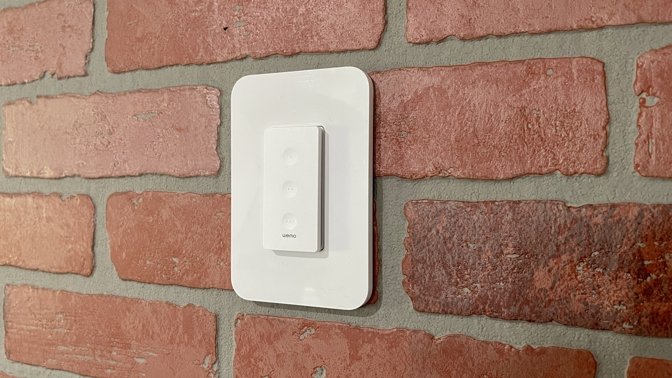 It is housed magnetically in a wall plate that can be attached with adhesives or mounted on any Decora wall plate. The remote can be removed to be used anywhere or placed back in the plate when not in use.

Setting and configuring the Stage -- including firmware updates -- is done through Home without any need for a third-party Wemo app. Users can also set up the Stage using NFC, instead of scanning anything or entering a HomeKit pairing code.

"The magic of this product is in its simplicity," says Karl Jonsson, senior director of product management at Wemo. "We are also very invested in the future of Connected Home over IP (CHIP) and continue to be aligned with its belief that smart home devices should be secure, reliable, and seamless to use."

At launch, the Wemo Stage will operate on Bluetooth, but a free firmware update will be available soon that will enable Thread support. A Home Hub such as an Apple TV or HomePod is required to use the Wemo Stage.