AppleInsider
Posted: April 22, 2021 10:11PM
in General Discussion
Lisa Jackson, Apple's VP of Environment, Policy and Social Initiatives, says that switching to a greener economy could be better for the planet and for businesses' pocketbooks. 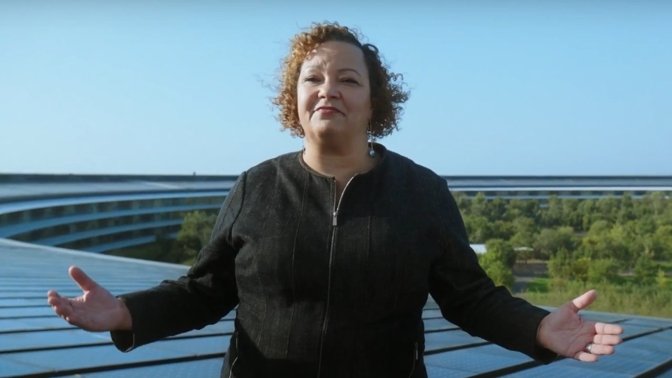 The Apple VP recently spoke to The Washington Post about some of the company's environment and social initiatives, including Apple's plan to go carbon-neutral across its entire business by 2030.

As Jackson says in the interview, Apple is already a carbon-neutral company. But to achieve its 2030 goal, it needs to also get to carbon neutrality across both its supply chain and its products.

She touted some of Apple's continuing work in the area, including the business-oriented Restore Fund, which she calls a "innovative" solution toward investing in a greener economy.

When asked about whether or not she believes the United States is moving toward a brighter future, despite the current state of the country, Jackson remained upbeat.

"I definitely think we're in a time of transition, and I think the ability of the American sort of psyche, people writ large, to adapt and change and innovate is part of what makes us American, part of why I love Apple, this incredibly innovative company full of folks who see different futures," she said. "Yes, I absolutely have hope."

Jackson was also recently elected a member of the American Academy of Arts & Sciences. Specifically, she was elected in the Leadership, Policy, and Communications class as one of eight members in the Public Affairs and Public Policy section.