AppleInsider
Posted: April 22, 2021 10:34PM
in General Discussion edited April 2021
Apple has an internal application it uses as a guide to its Apple Park campus for new employees and visitors, as revealed by a Twitter user Thursday. Update: images have been removed from Twitter. 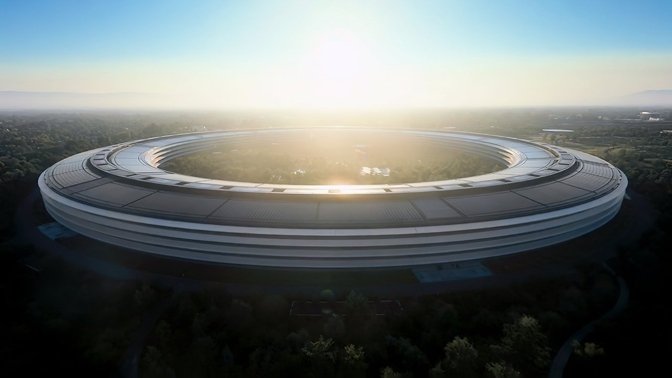 The Twitter user, Andrey, shared images from the app, which is reportedly only available to Apple staffers and other authorized people. Reportedly, the app is meant to encourage new employees to explore Apple Park and use its many pathways for physical activity.

Twitter user Andrey originally posted multiple screen grabs from the app, but these have now all be removed. They've been replaced by Twitter's error message, "Image has been removed in response to a report from the copyright holder."

Andrey says that the app mostly focuses on the "gorgeous nature and fitness activities" enabled by apple Park's landscaping and other features. There are also custom graphics within the app to represent flora found on the Apple Park grounds.

Additionally, Andrey also shared a guided tour of the inner ring of Apple Park on Soundcloud. Parts of the tour expand on Steve Jobs' vision for the Apple headquarters.

The hills around Apple Park, for example, were actually designed by the company to play an essential role in the topography of the campus. For one, they obscure Apple Park's parking structures and provide a buffer to sound from the nearby Interstate. But, they also bring "Steve's vision for Apple Park to life."

"From our first conversations about the campus, there was this emphasis from him on health and having jogging trails. That was a directive. The notion that it's good for you to go outside, it's good for you to have to walk between your car and your desk. That was very clear from him," the audio says. "Steve was known for walking up to the Dish at Stanford, so we have hills at Apple Park where you can go up for a walk or jog."