AppleInsider
Posted: April 23, 2021 9:17PM
in Apple Watch
Apple has been slapped with a new lawsuit alleging that the Apple Watch infringes on a patent related to health devices that monitor physical activity. 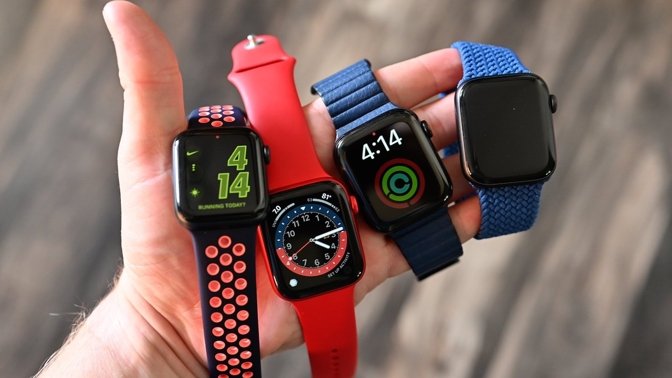 The complaint, filed Friday in the U.S. District Court for the Western District of Texas, accuses Apple of infringing on U.S. Patent No. 6,059,576, titled "Training and Safety Device, System and Method to Aid in Proper Movement During Physical Activity."

According to the complaint, the patent covers a "portable, self-contained device for monitoring movement of body parts during physical activity." It comprises a movement sensor, a power source, and a microprocessor.

Other portions of the patent cover the analysis of data and storing information in memory. It also outlines key components of the device, including a real-time clock and a user input system.

The lawsuit contends that the Apple Watch infringes on the patent because it is a "self-contained device that uses an accelerometer to measure the angle and velocity of body movements, a user-programmable microprocessor capable of recognizing and analyzing data generated by the accelerometer, and internal memory and a clock for storing the data along with a timestamp."

In 2017, the plaintiff reportedly contacted Apple to inform it of the infringement. According to the complaint, Apple's general counsel denied the claims. The lawsuit uses the interaction as evidence that Apple is willfully infringing on the intellectual property.

Additionally, the patent points out that the plaintiff requested that the U.S. Patent and Trademark Office reexamine the IP in 2015 to check the patentability of its claims. The USPTO reportedly reaffirmed the claims, and determined that an additional 156 dependent claims are also patentable.

The plaintiff in the case is non-practicing entity LoganTree, owned by Theodore and Anne Brann. Theodore is the named inventor of the '576 patent.

The lawsuit, which demands a jury trial, asks for damages, attorneys' fees, and other costs. Notably, it doesn't ask for an order barring Apple from continuing the alleged infringement.