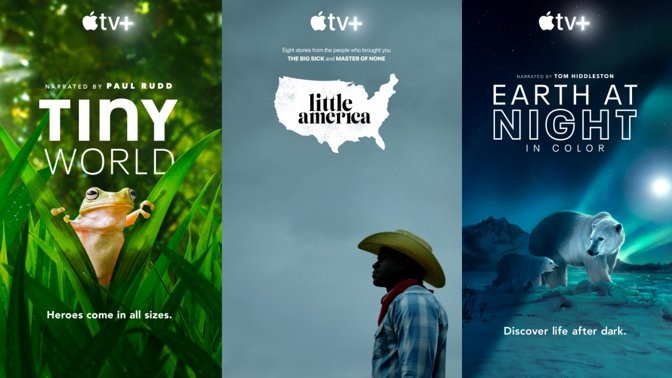 Apple may have been snubbed at the Oscars, but the award season isn't over yet. Three Apple TV+ shows have been nominated for BAFTA TV Awards.

The BAFTA TV Craft Awards will be held on May 24. The main BAFTA TV Awards event is on June 6.

The popular anthology series Little America is up for best international series. Each episode of the show tells the real story of someone immigrating to America.

Tiny World is nominated in the craft Photography: Factual category. It is a documentary series narrated by Paul Rudd and shows the incredible miniature world that exists just outside our windows.

Earth at Night in Color is nominated in the craft Sound: Factual category. This documentary series is narrated by Tom Hiddleston and gives us a glimpse of how animals behave at night.

Apple TV+ is a monthly subscription streaming service filled with original content provided by Apple. It costs $4.99 per month or is included in every tier of Apple One.