AppleInsider
Posted: April 30, 2021 1:15PM
in General Discussion
Apple's iOS 14.5 launches with mask unlock, initial AirTag reviews are out, and M1 iPad Pro and iMac are now available to purchase, all on this week's episode of the AppleInsider podcast. 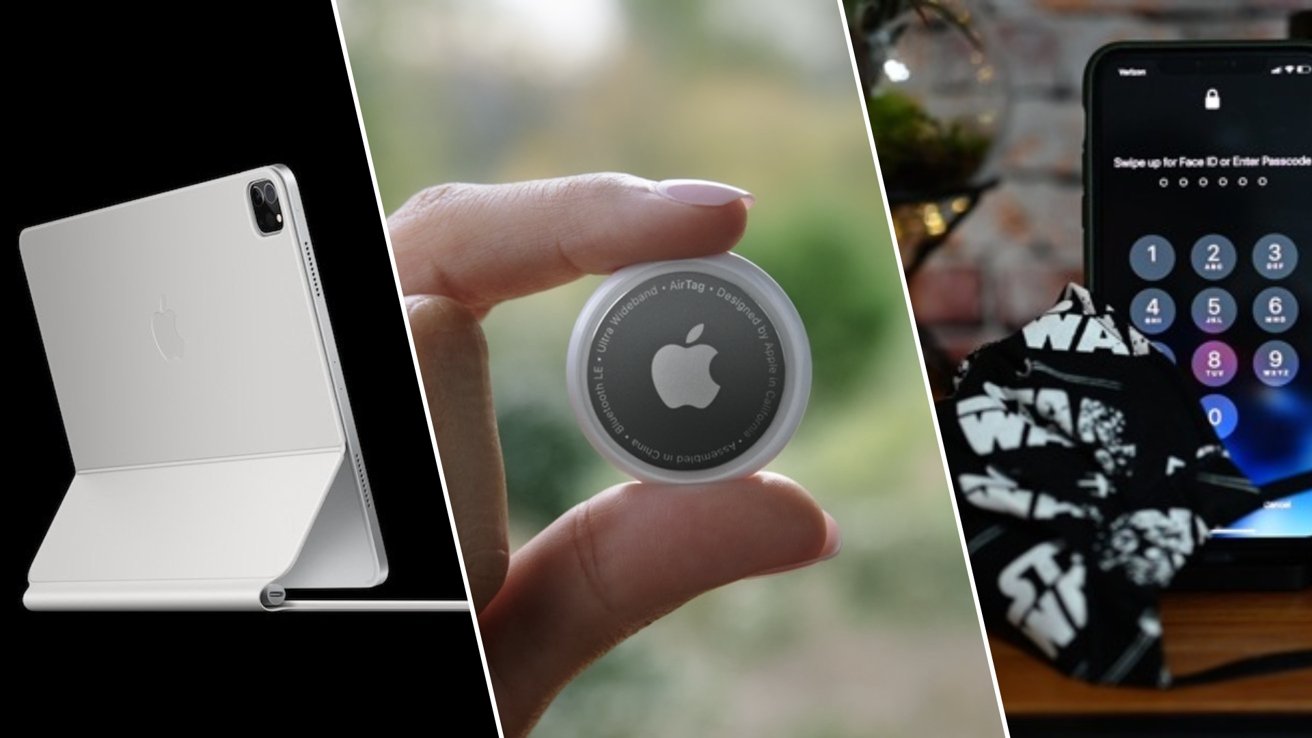 Apple released its Q2 earnings statement with impressive numbers including revenue up 53.6%, and net profit up 110.1%. The Mac had one of its best quarters thanks to the M1 lineup, and Apple confirmed paid subscriptions hit 660 million subscribers.

AirTag orders are now arriving and we'll give our own full review on the next episode. Initial coverage, though, is showcasing the benefit of Apple's large network of devices and the U1 chip allowing for precise location tracking.

Next on the pre-order list is the M1 iMac, the iPad Pro, and also Apple TV 4K. Apple has been refusing to reveal shipping dates beyond "second half of May". But a hidden description in the source code of Apple's website briefly revealed that these devices should be available May 21.

It's also emerged that the new Apple TV Siri remote no longer has motion controls. Consequently, games on the Apple TV that used the first generation Siri remote will now display an error message and require use of a third party controller. Apple also revealed that the previous 12.9-inch iPad Pro Magic Keyboard will not fit the 2021 model -- or at least not very well -- meaning users may have to buy a new model for $349.

Then iOS 14.5 was released allowing users to unlock their iPhone with Apple Watch if they are wearing a mask. Other improvements include incident reports in Apple Maps and a redesigned Apple Podcasts app. Unfortunately their first-party Podcast app has significant bugs after the iOS update and podcast creators are hoping a fix comes soon.

If you have questions or comments on the show, tweet at @stephenrobles and @thisisneil or email us here. Find us in your favorite podcast player by searching for "AppleInsider" and support the show by leaving a 5-Star rating and comment in Apple Podcasts.

Those interested in sponsoring the show can reach out to us at: steve@appleinsider.com