AppleInsider
Posted: April 30, 2021 10:56PM
in iOS
Almost 10,000 iOS apps have adopted permission prompts to conform with Apple's App Tracking Transparency less than a week after the feature rolled out, according to a new report. 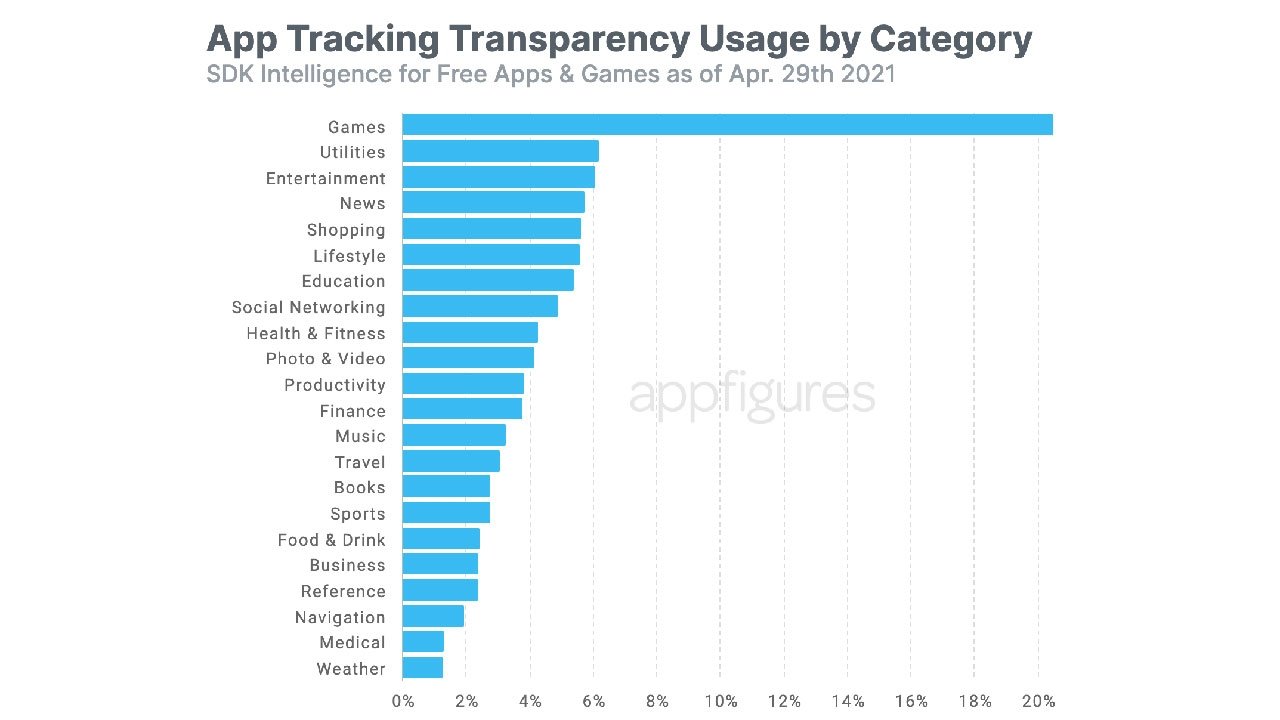 Of note, games account for a bulk of ATT early adopters, accounting for 20% of the total. Other categories, like utilities, entertainment, news and shopping, are hovering at around 6% of the whole, while social networking apps, which typically rely heavily on ad targeting for revenue, accounts for a roughly 5% share.

A cursory study of prompts supplied by developers shows a range of requests to track, from detailed explanations to default text and misleading statements. This could change as Apple sifts through the thousands of updates that arrived alongside the release of iOS 14.5 on Monday.

Integrated into the latest iOS, iPadOS and tvOS revisions, ATT is a new feature that requires developers to ask permission before tracking users in other apps and across the web. Heralded by Apple as an important user privacy tool, critics say the requirement to obtain ad tracking permissions will dissuade users from participating and thus hurt businesses reliant on ad revenue.

To assuage concerns of advertisers and developers who rely on ad sales, Apple introduced its own set of ad attribution tools as a privacy-focused replacement to industry standard tracking methods. The systems, including the SKAdNetwork and Privacy Click Measurement, do not directly identify users and can therefore be integrated without express user permission.
Sign In or Register to comment.