AppleInsider
Posted: May 3, 2021 5:18PM
in iPhone edited May 2021
Apple has released an iOS 14.5.1 update, fixing an issue where App Tracking Transparency was grayed out for some users. 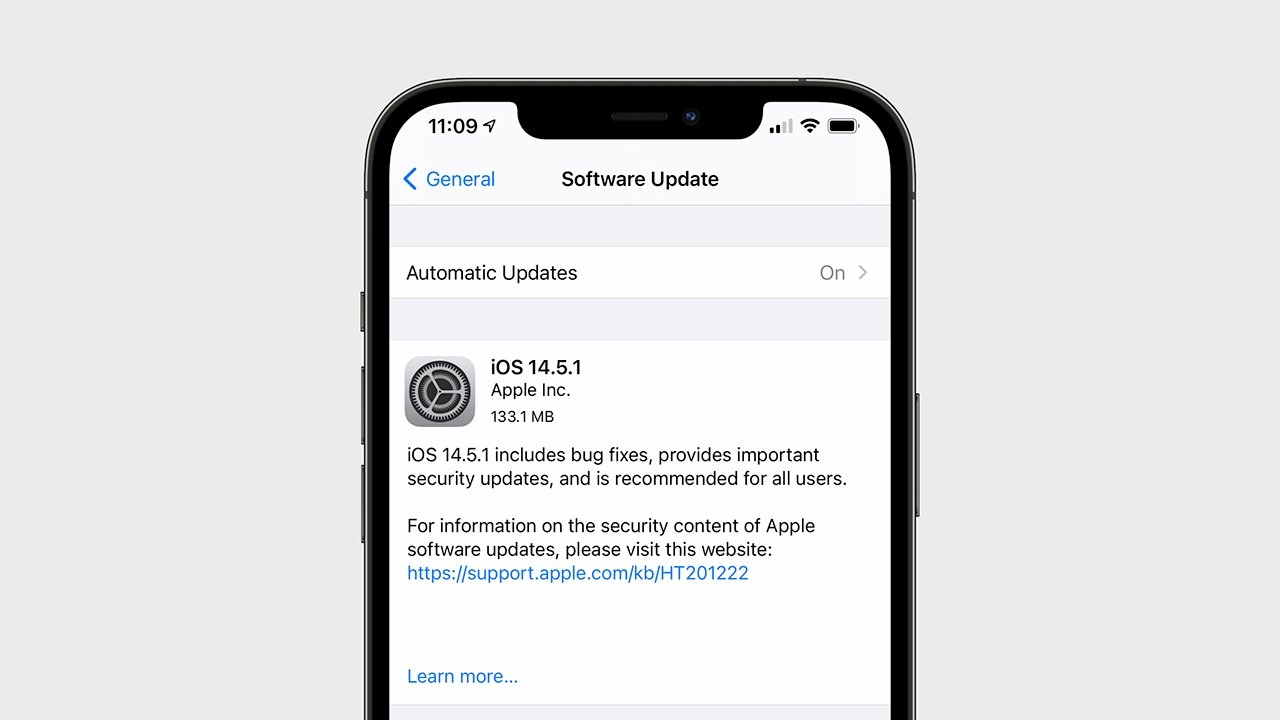 Beyond bug fixes, Apple says that the update fixes an issue with App Tracking Transparency (ATT) where some users who previously disabled Allow Apps to Request to Track in Settings may not receive prompts from apps after re-enabling.

The iPhone and iPad firmware is available as an over-the-air (OTA) update. Users can trigger the update by navigating to Settings and tapping General Software Update. After a new software update releases, it can potentially take some time to see the available firmware as it propagates across Apple's content delivery networks.

Apple released iOS 14.5 on April 26. The update brought significant changes, including ATT, the ability for Apple Watch owners to unlock an iPhone while wearing a mask, and Siri voice changes.