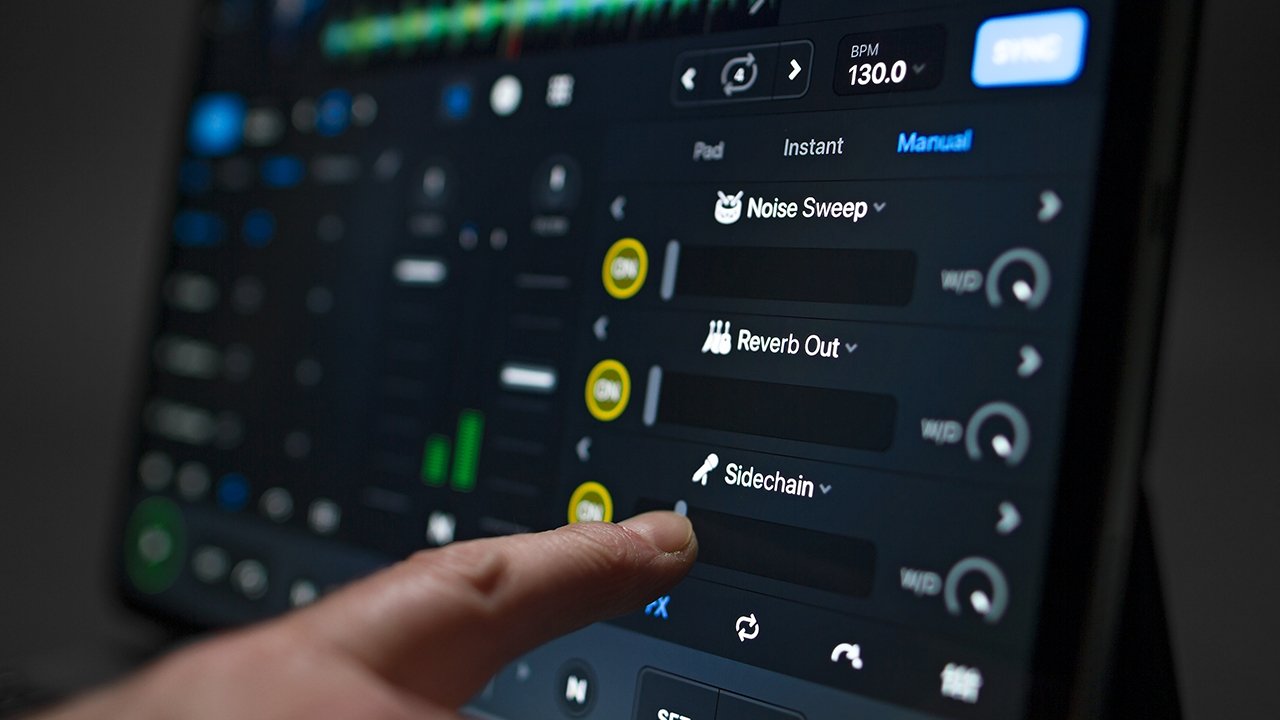 "During a transition, djay can now automatically deconstruct two songs into their original components, and easily apply effects and filters to each, like adding a reverb to wash out vocals, as if it were being reconstructed by a professional sound engineer," said Karim Morsy, Algoriddim CEO.

The app's "Neural Mix" feature, designed to take advantage of iOS devices with the Apple Neural Engine, has gained further refinement. It allows users to isolate and mix the vocal, harmonic, bass, and drum components of a track individually, in real-time.

Other minor updates include a new slicer tool, allowing users to create mashups and remixes. The sampler recorder has increased its maximum loop size from four to eight beats.

The djay Pro AI app is available on Mac, iPhone, and iPad and can be downloaded from the App Store. The app is free to download, but users can choose to subscribe for additional features for $6.99 per month, or $49.99 per year.