AppleInsider
Posted: May 13, 2021 4:21AM
in General Discussion
Initially offered in the UK, the Zuma Lumisonic is a ceiling light fixture that incorporates a smart speaker with AirPlay 2. 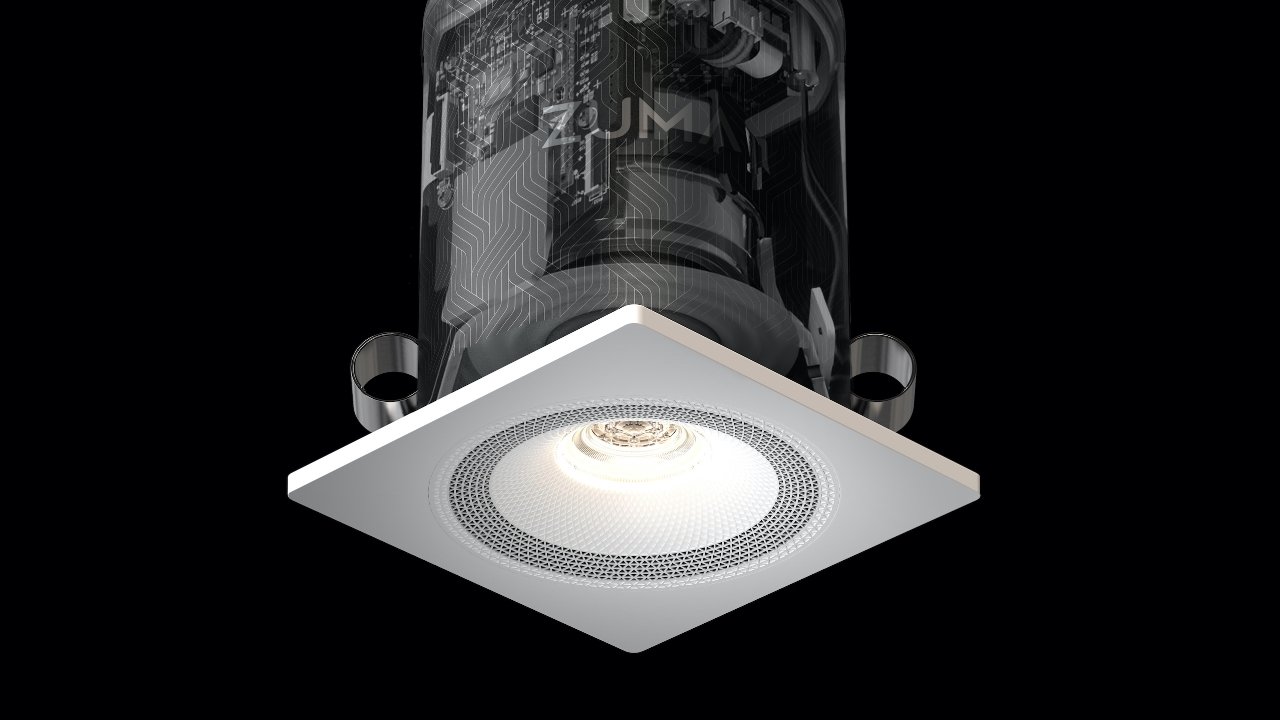 New UK and San Francisco-based technology firm Zuma has launched Lumisonic, a voice-controlled smart speaker that comes as part of a ceiling light fixture. Alongside the loudspeaker, it features a low energy LED light that the makers claim creates a circadian rhythm and mood lighting experience.

"There are many smart products on the market today that do one thing - be that audio, or lighting or security - they don't integrate with each other easily, if at all," said Morten Warren, founder and CEO of Zuma in a press statement. "Our vision is that through consolidating these core applications into a single integrated platform people can easily transform their living spaces in imaginative ways."

"Zuma doesn't just provide a totally new way to experience incredibly immersive high-performance lighting and superior audio, it discreetly becomes part of your home," he continued. "Users can connect iPhone, iPad, or TV and enjoy a thrilling, edge of their seat, room-filling soundtrack to any movie, with no sound bar required, from anywhere in the room." 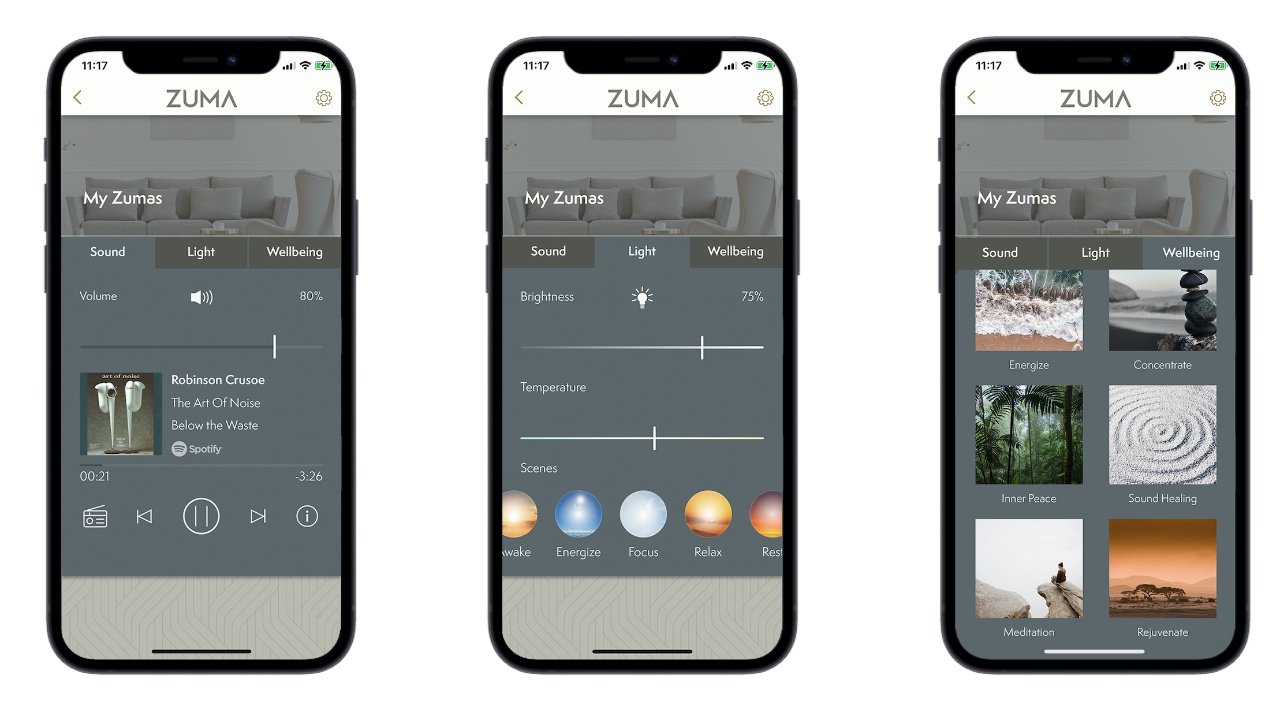 At launch, Zuma is aiming at both individual home users, and property developers. It's sold initially in the UK for 375 ($520), though a light-only version is due in the summer for 125 ($173). It's available via the company's zuma.ai site.

Zuma Lumisonic supports AirPlay 2, Spotify Connect, and works with Alexa. The company says that HomeKit support is being worked on, though there is no definite release date yet. Similarly, US distribution is planned but no dates have been confirmed.