AppleInsider
Posted: May 13, 2021 1:29PM
in iPhone
The speaker next to your ear during phone calls could be made louder by a new acoustic coating and a new shape, according to Apple's research into future iPhone improvements. 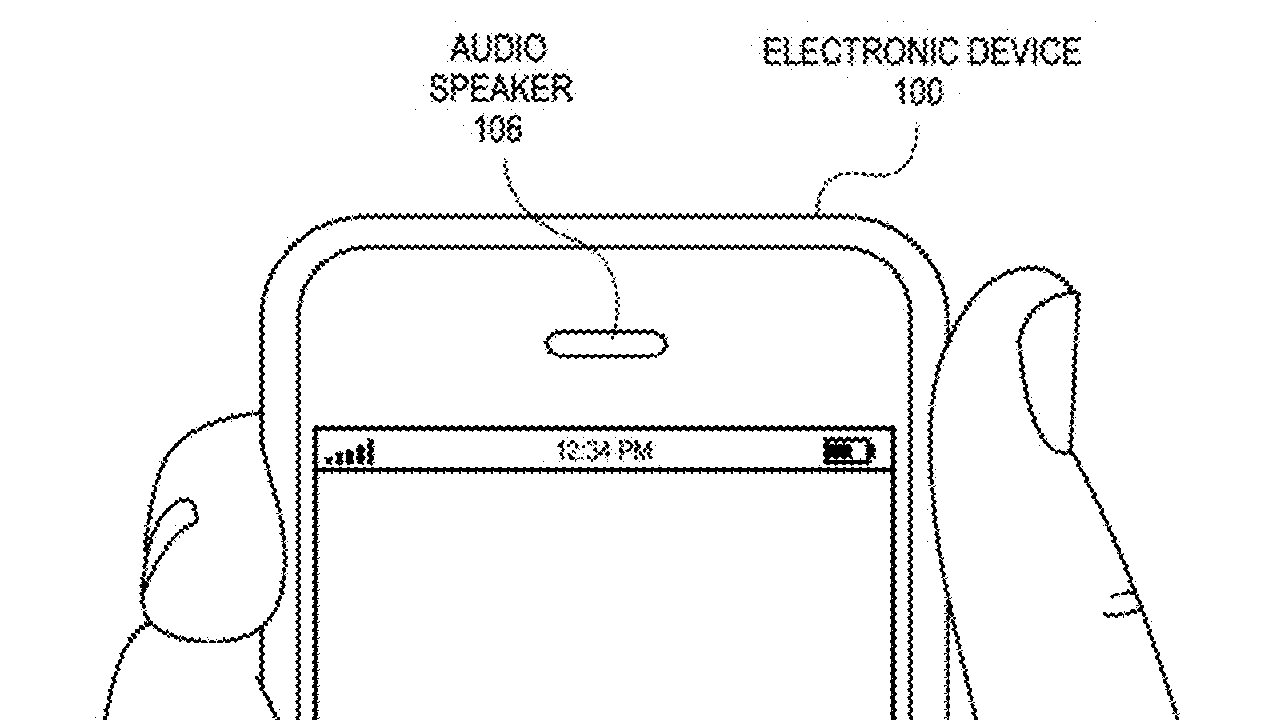 That tiny little speaker could start to sound a lot bigger

Usually it's the speakers at the base of an iPhone that get the most attention, especially from leakers staring at schematics to see any differences. However, Apple has also been working on the quality, and volume, of sound you hear when you're on a call and the iPhone is next to your ear.

"Coating for improving loudspeaker sound quality," is a newly-revealed patent application concerning that ear speaker. It's necessarily small because it's perpendicular to the display, and so has to entirely fit within the width of the iPhone.

Yet it's also crucial because this is a phone, and that speaker is how you most typically hear what anyone's saying to you. Apple has been researching how to keep that small size, yet make the audio sound larger and louder -- by backing the speaker with an "acoustically active coating."

"The audio speaker includes a housing defining a back volume behind a speaker driver," says the patent application, "so that the speaker driver can convert an electrical audio signal into a sound and the sound can propagate through a gas in the back volume."

So behind that speaker grill is a space filled with a gas, and where the sides or back have this acoustic coating. The coating is "highly porous," and Apple describes it as "having a thickness and including between 2% and 30% by mass of a binder and between 70% and 98% by mass of a zeolite." 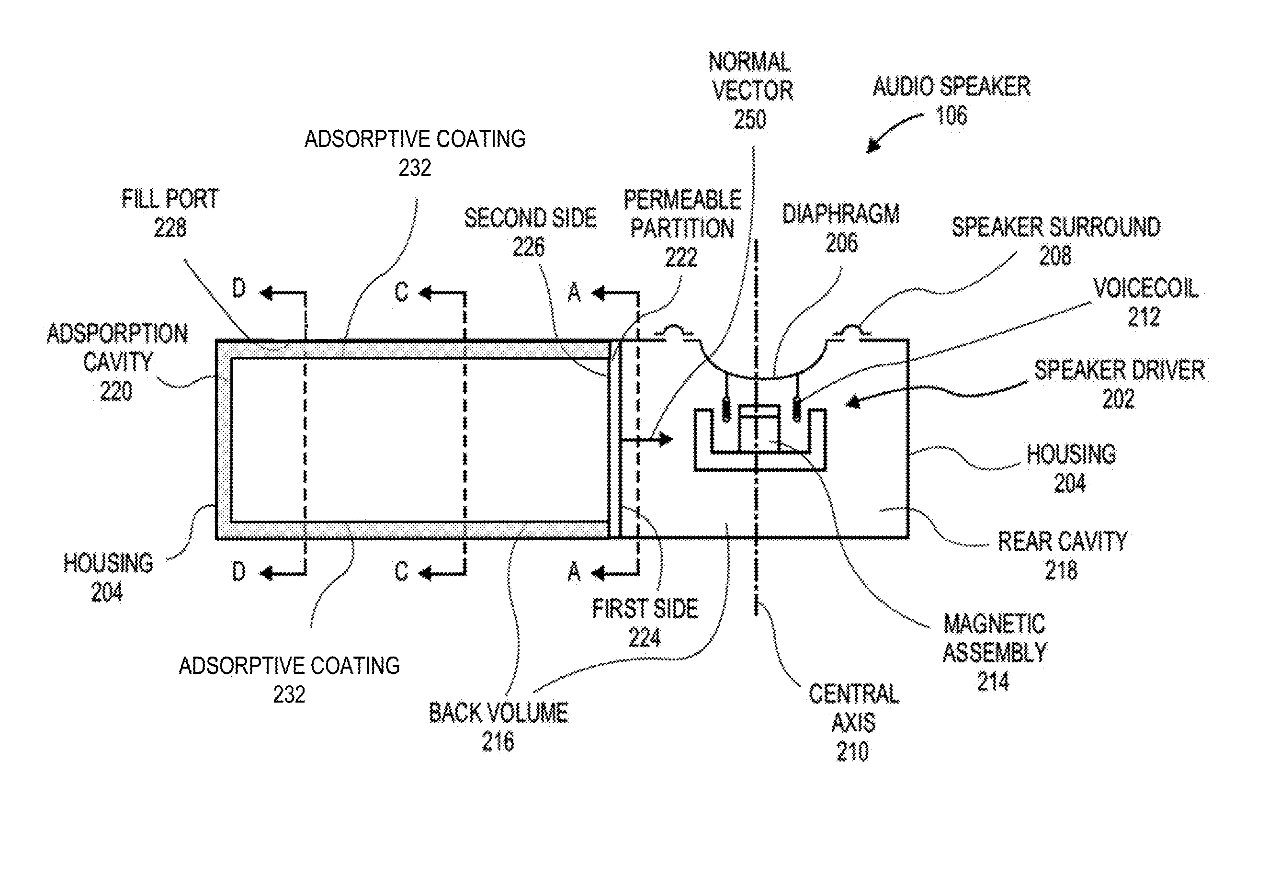 As well as the size of the coating and its material, there is also an issue of its shape. "The coating comprises an irregular matrix formed by a plurality of convex shapes connected by concave connectors and has a distribution of pore sizes," says Apple.

Much of the patent concentrates on the specifics of the material, and specific methods of preparing it for an iPhone.

All of it, though, is based on improving what Apple refers to as the "back volume."

"One approach to reducing back volume pressure fluctuations for handheld devices is to place adsorbent materials like carbon black or zeolites into the back volumes," says Apple. "It has been shown that such materials can virtually increase the back volume--in other words, their presence in the back volume enhances loudspeaker performance as if the speaker's back volume had been made physically bigger."

The patent application is credited to two inventors, Juergen Sauer, and Veronika Wagner. Both have previous credits on related patents including one about acoustic filler material.