AppleInsider
Posted: May 14, 2021 12:14PM
in General Discussion
This week, on the AppleInsider Podcast, your hosts discuss the possibilities and renders of a redesigned MacBook Air, Spotify's capture of another exclusive podcast, MagSafe accessories, and more. 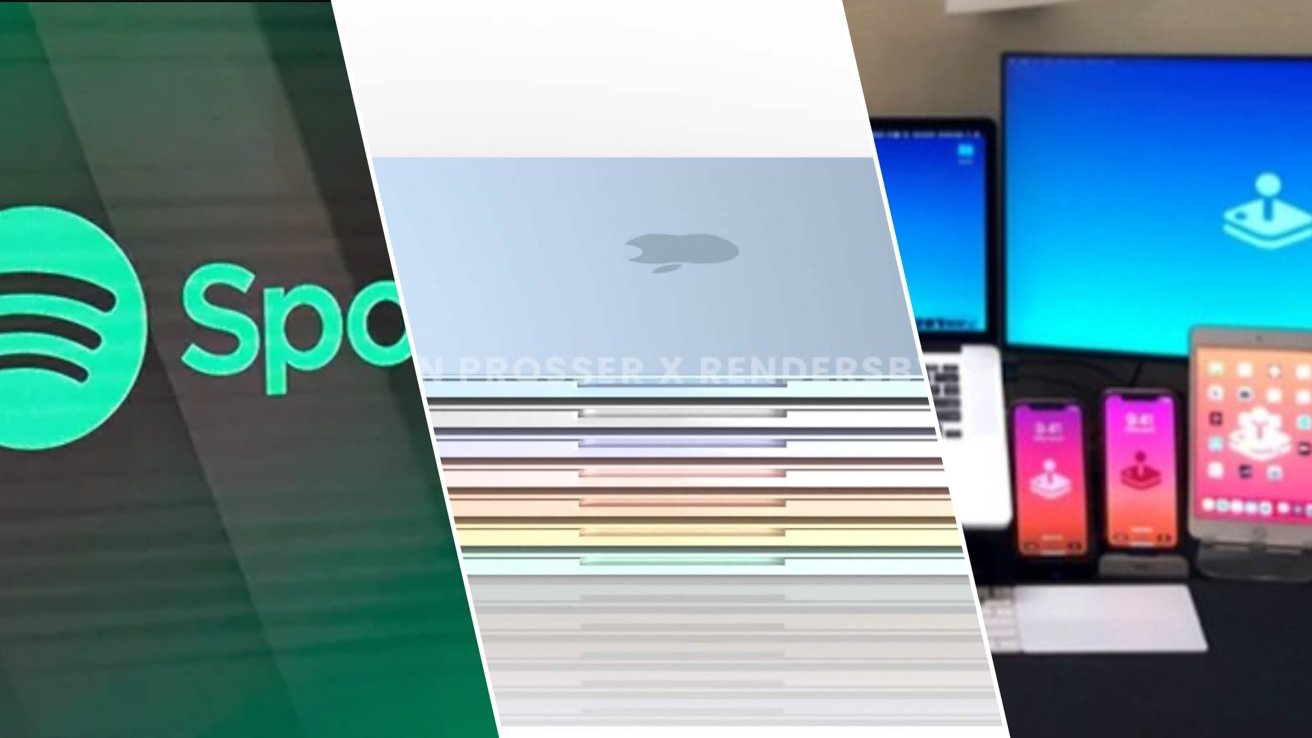 Benchmarks for the new M1 iPad Pro and 24-inch iMac have surfaced, meaning units are in the hands of early reviewers. Performance is showing a 50% faster CPU over the previous iPad Pro, and up to 71% faster graphics performance.

Leaker Jon Prosser has revealed renders of a redesigned MacBook Air in multiple colors and a single USB-C port. This model replaces the tapered design of previous MacBook Air models and includes white key caps with a white screen bezel. We speculate on the possibility of this being a return to the cheaper 12-inch MacBook model rather than a replacement of the MacBook Air.

Also this week, Spotify has claimed another exclusive podcast. The popular "Armchair Expert" will become exclusive to Spotify on July 1. Hosted by Dax Shepard and Monica Padman, "Armchair Expert" is the second big podcast to make a deal with Spotify, further closing the podcast ecosystem as a whole.

Writer Kirk McElhearn successfully mailed an AirTag to a friend and was able to track its progress from Stratford-upon-Avon to a friend in London, UK. McElhearn wrote a script on his Mac to take screenshots at regular intervals and documented the project on Intego.

Apple has also touted the anti-stalking features of AirTag, noting that an iPhone user will be notified if someone's else's AirTag has been nearby for several days. According to the article, this AirTag never sounded an alert to the friend even after several days.

Our hosts also discuss their current best MagSafe accessories, an App Store human review station revealed in the Epic Games v. Apple trial, and a tip for learning where an aerial screensaver on Apple TV was filmed.

If you have questions or comments on the show, tweet at @stephenrobles and @wgallagher, or email us here. Find us in your favorite podcast player by searching for "AppleInsider" and support the show by leaving a 5-Star rating and comment in Apple Podcasts.