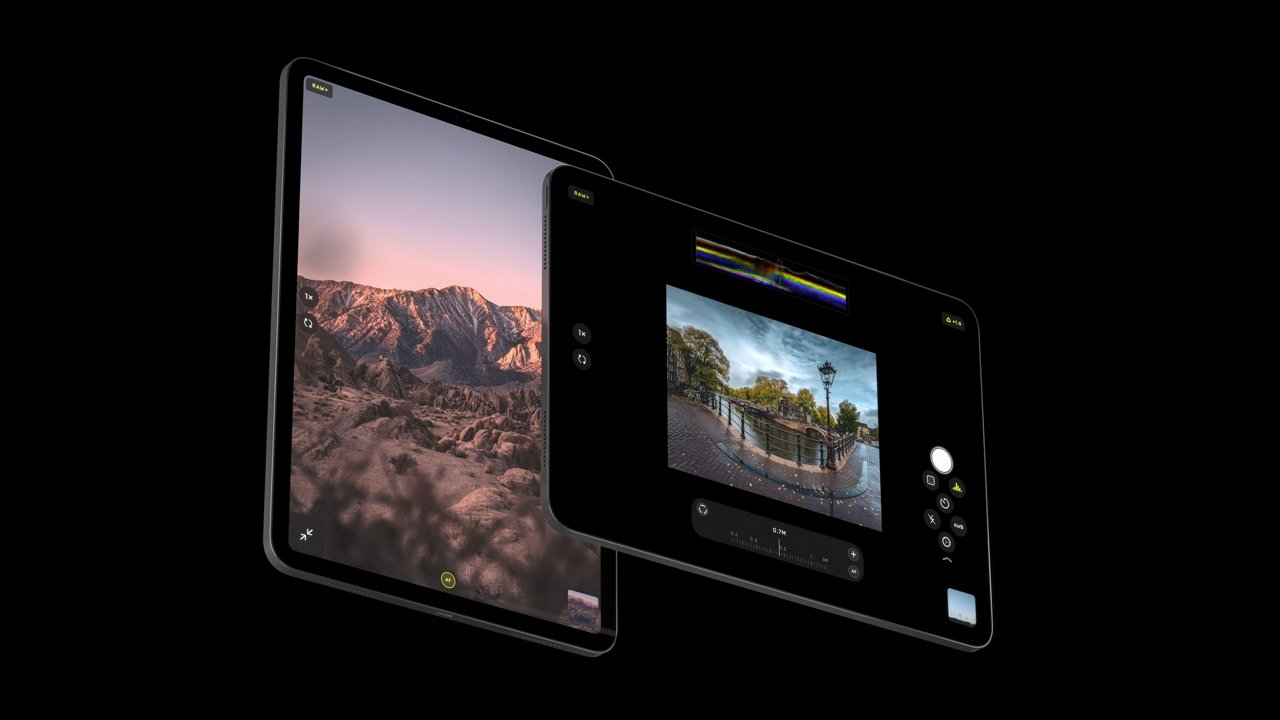 Now that same app is coming to the iPad, perfect for those who'd like to take advantage of the powerful new cameras available in the iPad Pro.

That's why Lux designed Pro View -- a mode that shrinks the viewfinder down to the center of the screen, allowing users to quickly compose shots without missing details at the edges. The extra space created by shrinking the viewfinder isn't wasted, either, and instead houses an advanced manual mode, histogram, waveform, and pro features.

Lux also added Tech Readout, which locally checks the specs of cameras, allowing users to view the specs of each camera.

As a nod to accessibility, Halide for iPad also allows users to toggle between right and left-handed modes. This feature becomes critical when working on a device that is used with two hands rather than one.

Halide is available for both the iPhone and the iPad starting on May 18. While the app isn't free, it does users to try it out for seven days. Afterward, users can subscribe for $1.99 per month, $11.99 per year, or buy a lifetime license for $39.99.