AppleInsider
Posted: May 18, 2021 6:14PM
in General Discussion
At Google I/O the company said it will be stepping up its privacy options in its apps and services including an option to delete your last search query, with an ultimate goal of eliminating user passwords. 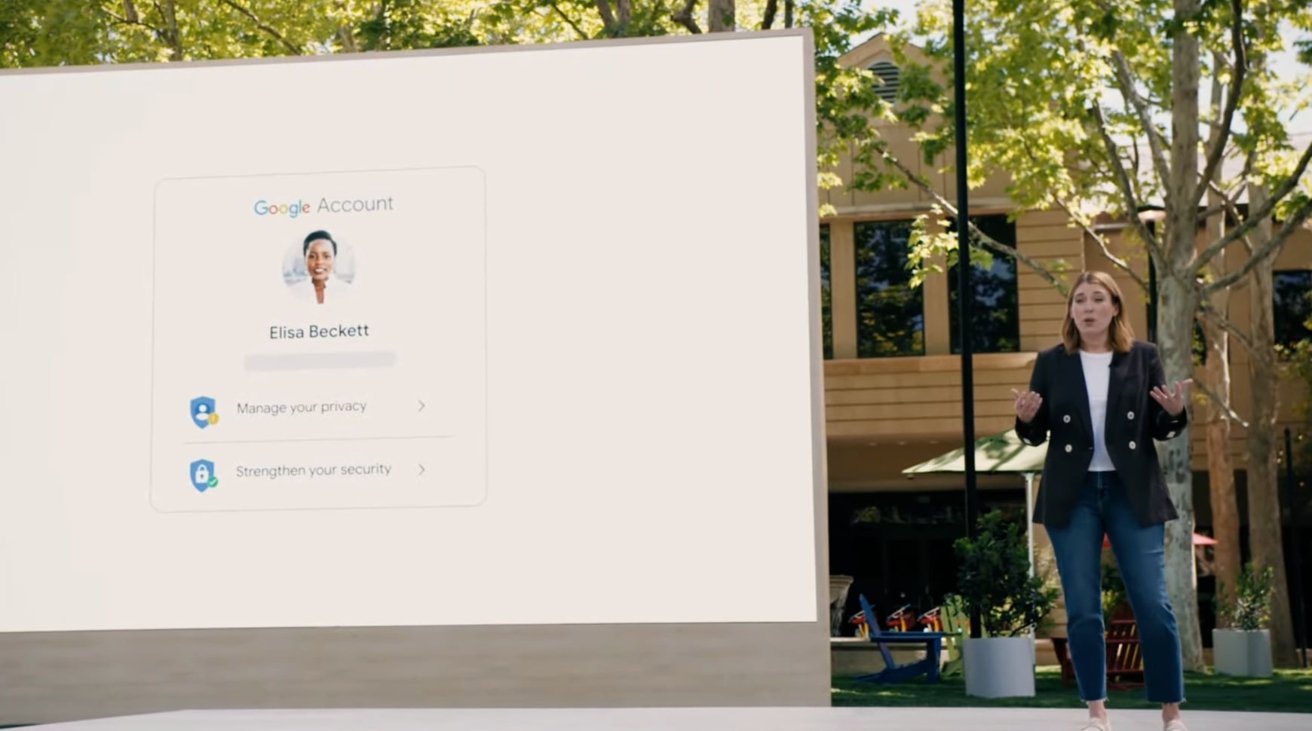 Google took a portion of its Google I/O keynote to tout its privacy credentials, including changes it is introducing to its products and services to improve user safety online.

In 2019, Google added a feature to its accounts to limit how long it saves information about users, and to automatically delete it. During Tuesday's keynote for Google I/O, the company said it has now made Auto-delete active by default for new accounts, and is currently operational for 2 billion accounts.

As part of its attempt to head to a "password-free future," Google is improving its password manager with four upgrades. The first is a simplified onboarding process, where users can import passwords from other password managers.

Deeper integration between Chrome and Android is also promised, so passwords can be used across both websites and apps. Automatic password alerts will advise when compromised passwords are discovered in a third-party breach.

A quick-fix feature in Chrome will help navigate users to those compromised accounts, to change the password as quickly as possible.

Google is also touting how its products are "Private by design," with engineers constantly asking "when, how, and why" personal data is used in its products. "Including for data that is used for ads."

The search company assured it never sells such data to third parties, doesn't use data stored by users in its products to serve ads, and never uses sensitive information in such a way.

Google is also collaborating with organizations on the Privacy Sandbox, an open-source initiative that is trying to kill off cookies in favor of new solutions that retains the privacy of users.

There is also the claim that Google has scaled the use of Differential Privacy, the concept of aggregating data to eliminate the ability to identify individuals, more than anyone else. To help developers with it, Google produced the "world's largest open-source library of differentially-private algorithms.

New features are also on the way, including the ability to delete the last 15 minutes of search history from their account. This is done by tapping the account profile picture on the Google search pages.

Google Maps will also warn users that they will see their recently or often-viewed locations because the user has Location History turned on, with the option to turn it off within their timeline.

Google Photos for Android devices is also gaining a locked folder, a password-protected folder saved separately from the rest of their collection. The images won't show up when scrolling through the app casually, or on any other apps on the device.