AppleInsider
Posted: May 25, 2021 5:10PM
in Mac Software
A survey from Mac and iOS subscription service Setapp says that 57% of Mac users buying a new app will consider its security aspect more than features, price -- or privacy. 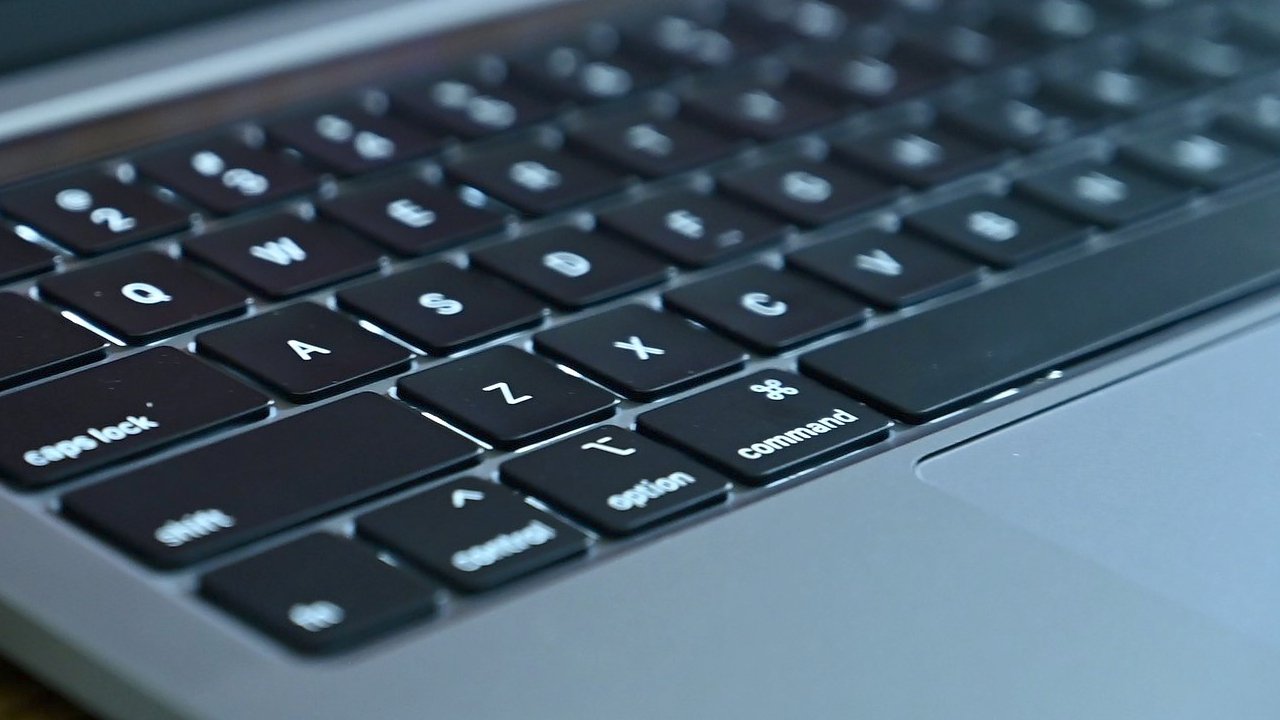 "Security, features, and user experience are the three most important factors that influence a user's decision while choosing a new Mac app," says the report. Some 57% of respondents ranked security as their most important factor, compared to 47% who bought because of features.

Setapp offered users a choice of categories to pick from, and the company separated out security from privacy. That was the most important factor for 35% of people and Setapp told AppleInsider that there is was a clear distinction between security and privacy concerns for the respondents.

"Privacy is about safeguarding a user's personal data, i.e. not sharing it with third-party services," said a spokesperson. "Think about those privacy policies users are asked to read and agree to when they download new apps."

"Security refers to how a user's personal information is protected from unauthorized access, since their data -- different details about them -- may live in a lot of places," the spokesperson continued.

As well as the security and privacy categories, 44% of respondents said that their most important factor when buying was the user experience and interface, while 28% listed price, and 27% said design. There were also 15% who said their choice was mostly influenced by the app developer's reputation, and 2% who rated unspecified other factors.

That separation between design and the user experience/interface was again Setapp's choice in designing the survey. Design is really everything to do with how an app functions and is used, but the company again makes a distinction.

"Design is about visual elements such as colors and typography," said the spokesperson. "User experience is how a user interacts with a product (in the case of the survey, with an app)."

Setapp also broke down more detail of what makes a typical Mac user buy an app -- or choose not to buy -- once their concerns regarding security and other factors were taken into account. 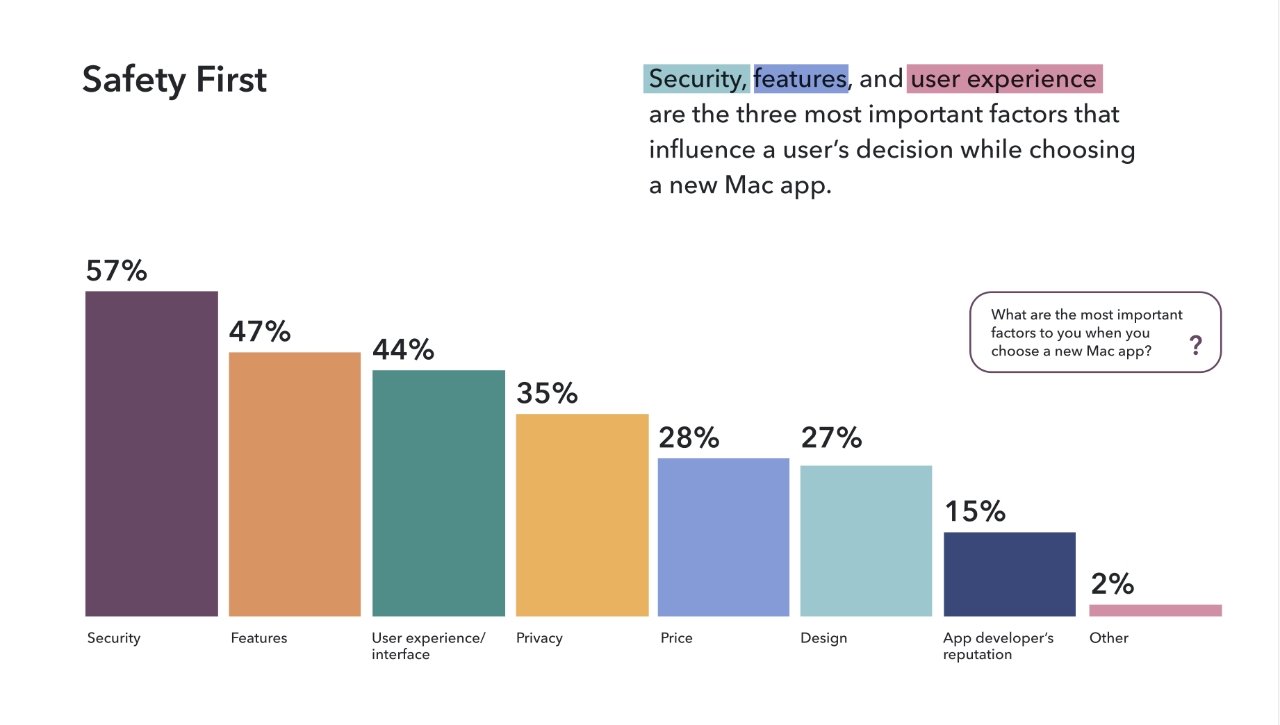 Detail from the survey showing the importance of security to users

"Security, features, and user experience are the most important motivators for a user to consider a new Mac app, whether paid or free," said the Setapp spokesperson. "When it comes to purchasing apps, purpose, price, and free trial help them make the final decision."

Once an app was considered secure, 50% of respondents said their chief reason to buy was "purpose -- it does what it says." Then 44% said the choice was because of the cost, with a further 38% saying a free trial persuades them.

On the reasons Mac users reject buying an app, the largest factor was price. Some 42% said they would not buy because it "doesn't fit my budget". There were also 38% who choose against buying because they don't believe they'd use the app regularly, and also 38% who would go for a free alternative instead.

Overall, 3% said they only use free apps, while 3% said the price of the app is not a factor. There was a clear preference for one-time lifetime licences at 36% compared to subscriptions at 14%. However, 38% they were open to either buying or subscribing, depending on the app.

The survey did not ask about specific apps. However, it did ask about what Macs users had. Respondents were able to select multiple answers, but overall a majority of 42% said they had some form of MacBook Pro.