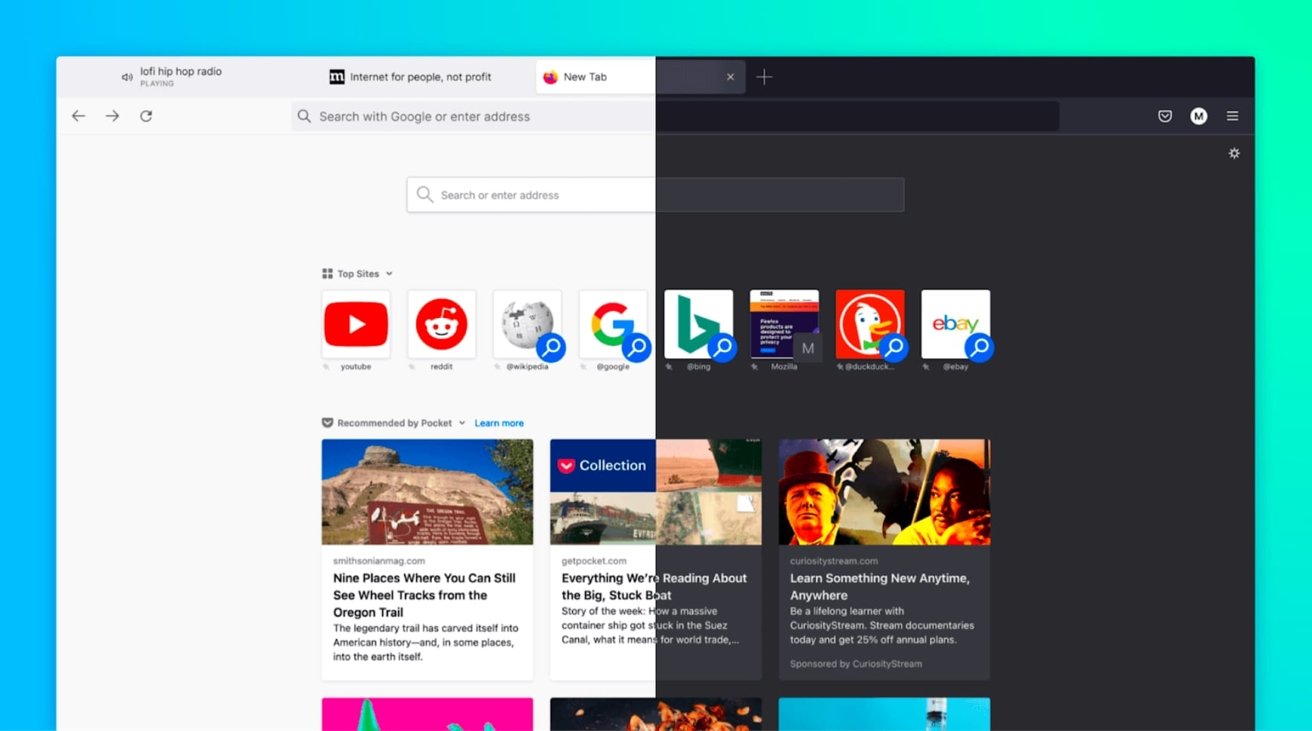 The update, released on Tuesday, is framed as making the browser work even faster, with a "redesigned and modernized" core experience that's cleaner and easier to use. This includes a clearing and streamlining of menus, the removal of underused items from the toolbar, and updated prompts.

Mozilla also included an improved tab design with context-sensitive surface cues, such as audio control indicators. The number of alerts and messages will also be reduced to cut down on user interruption, while the lighter iconography and refined color palette is said to be cohesive and calmer than in previous versions.

A lot of the changes directly impact macOS users, including the introduction of the elastic overscroll effect, where the page bounces when you reach the end of a webpage. Support for smart zoom is included, using a double-tap of a trackpad or a single finger of the Magic Mouse to zoom into content wherever the cursor is located.

The context menus are now native in Firefox, with support for Dark Mode.

A number of fixes specifically for macOS are also included such as how colors won't be saturated on wide gamut displays, untagged images are properly treated as sRGB, and colors in images tagged as sRGB will now match CSS colors.

For those who use full screen mode in macOS, moving the mouse to the top of the screen will no longer hide tabs behind the system menu bar. It is also possible to hide the browser toolbars in full screen mode, which brings the macOS version of the browser in line with Windows and Linux versions.