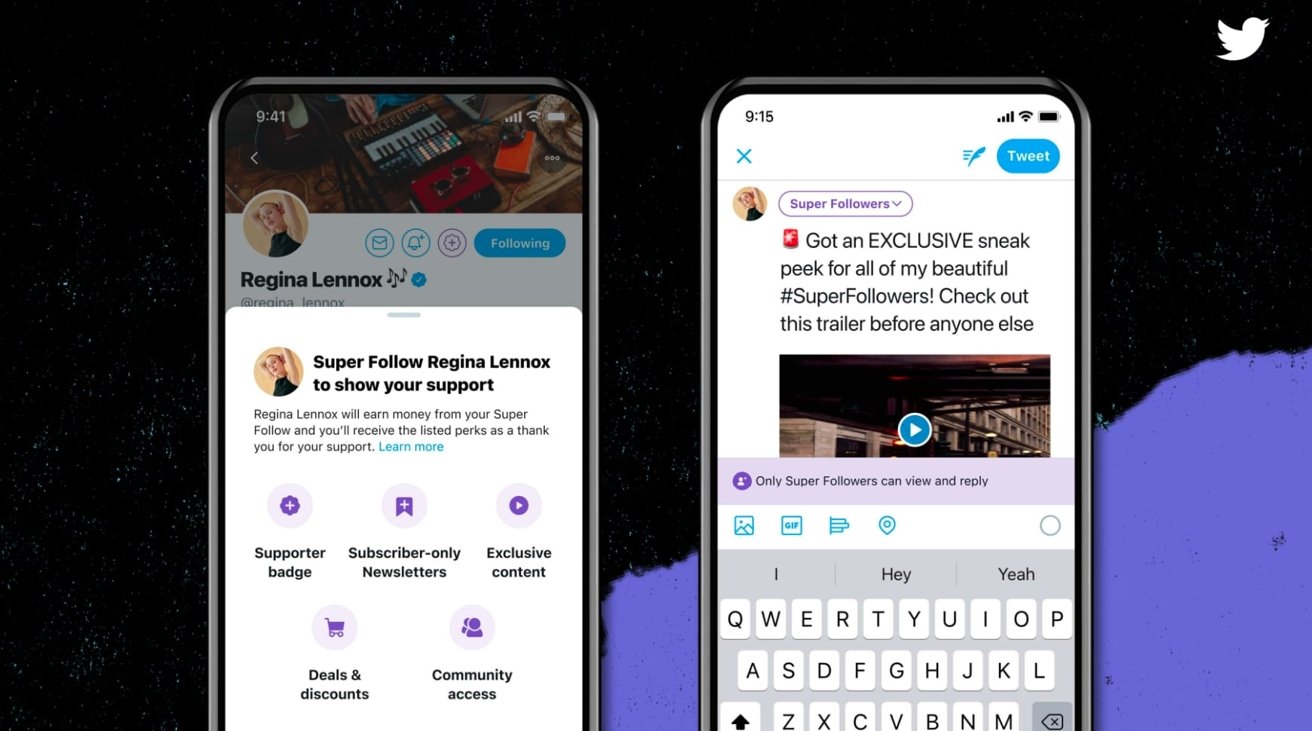 Twitter is working through ways to earn a profit from its user base, and has recently launched its Twitter Blue subscription. The company is still looking at other avenues for earning money from the use of its iOS and other apps, and one option could be landing soon.

According to images posted to Twitter by researcher Jane Manchun Wong and first reported by The Verge, Twitter is preparing to launch its Super Follows program. Originally confirmed as on the way during a February meeting with analysts, the feature will provide extra elements for those who use the service.

notably, "Adult content" and "OnlyFans" are mentioned in the category and platform sections https://t.co/qSEjh0ohm8 pic.twitter.com/yvkzx672V2

These extra items could include special labels for those paid-for Super Followers, increased access to the Twitter account's user, and potentially exclusive tweets and other content viewable only by subscribers.

Wong's latest discoveries include requirements for an account to have Super Follows enabled. This includes the user being at least 18 years old, posting at least 25 tweets in the last 30 days before the application to join, and to have at least 10,000 followers.

In exchange for enabling Supper Follows on an account and providing extra content, the users behind the account can receive earnings, cut from the subscription to users. As for how much the Super Follow could cost, one image has an example user earning $6,250 per month from a $4.99-per-month subscription.

While the existence of the screenshots indicates Twitter is getting to a point where it could launch Super Follows, there's no indication as to when it will actually go live.