AppleInsider
Posted: June 7, 2021 6:30PM
in General Discussion edited June 2021
A multitude of improvements are coming to Apple's HomeKit platform later this year, led by a new industry interoperability standard called Matter that will see support from Apple and others, helping to unify the smart home market. 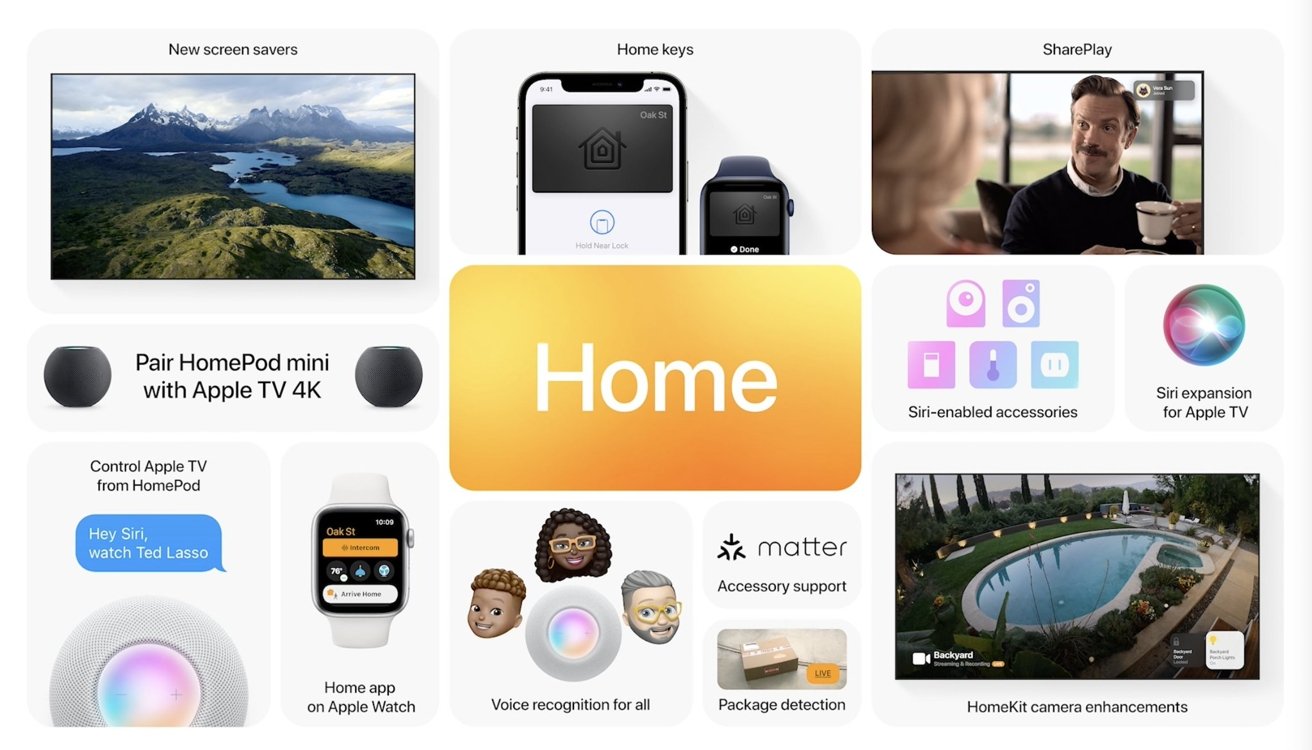 Support for Matter will be built in to iOS 15 and will be a part of the Home app, allowing users to control both HomeKit and Matter devices in one place.

HomeKit is also gaining a new feature called home keys, which will allow users to tap their watch or phone to unlock their door.

Integration between HomePod and Apple TV will also be enhanced, as users will be able to ask Siri on HomePod to play something on Apple TV completely handsfree. This will be in addition to the new SharePlay functionality Apple is bringing later this year, making it easy to watch content with friends in sync on FaceTime, as well as content recommendations for group watching.

Apple also announced that a number of improvements are coming to the Home app on Apple Watch in watchOS 8. Users will be able to tap an intercom button to broadcast a message to speakers throughout the house, and the app will also intelligently provide quick access to accessories a user is most likely to need in that moment.

Security cameras in HomeKit will also be enhanced with package detection, informing users when a delivery is made at their front door.

The Apple TV will also gain HomeKit features, with one demo showing a users turning on outdoor lights from a security camera view. And HomeKit on tvOS will let users display multiple cameras at the same time.

HomeKit enhancements are scheduled to arrive this fall alongside Apple's other platform updates, including iOS 15, watchOS 8, and iPadOS 15.