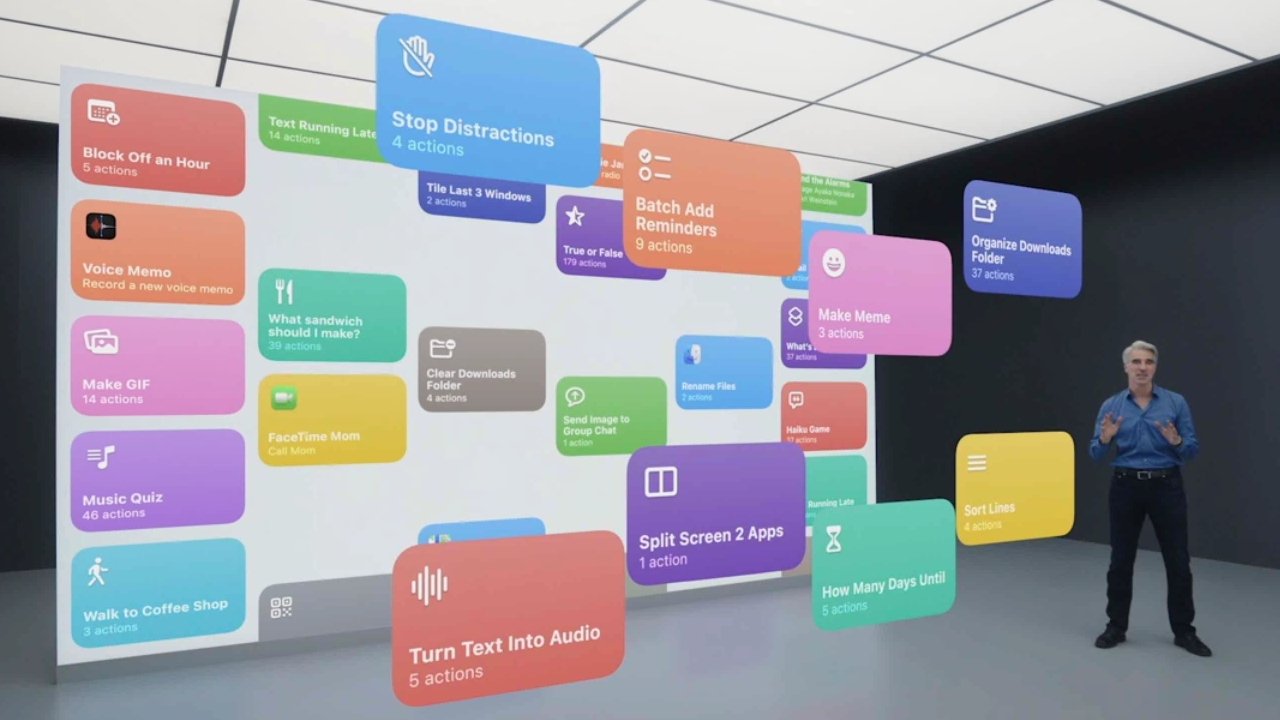 Four years after Apple bought the third-party iOS automation tool Workflow, it is finally releasing a version that will run on the Mac. Shortcuts for Mac follows both Automator and AppleScript in providing ways for users to rapidly automate repetitive tasks.

"Automate the things you do most often," says Apple in its macOS Monterey preview. "Save time by turning something that would take multiple steps into just one, or connecting your go-to apps and services together with the Shortcuts editor. You can run them from your Dock, menubar, the Finder, Spotlight, or even with Siri."

Shortcuts for Mac closely resembles its iOS counterpart, with lists of actions that can be dragged to form a series of commands. Apple's initial examples included how Shortcuts can make quick work of sharing files over AirDrop, sending to Facebook, or both together.

"The Mac has a long, deep history of automation with command line shell scripts in AppleScript and Automator," said Craig Federighi during the WWDC 2021 keynote. "On iOS, we've made automation even easier with Shortcuts."

"Shortcuts take all the taps and swipes you usually need to order your favourite lunch," he continued, "and makes it as simple as tapping a button or asking Siri."

"Shortcuts is all about helping you get more done faster, because you can let your device do the work for you [and this year we're bringing shortcuts to the Mac," said Federighi. "The Mac is after all, where we turn for so much of our creative work, and now you have automate the everyday stuff to achieve peak productivity."

Also as with Shortcuts on iOS, a gallery of pre-built ones will be available for user to choose, use, or adapt for themselves. 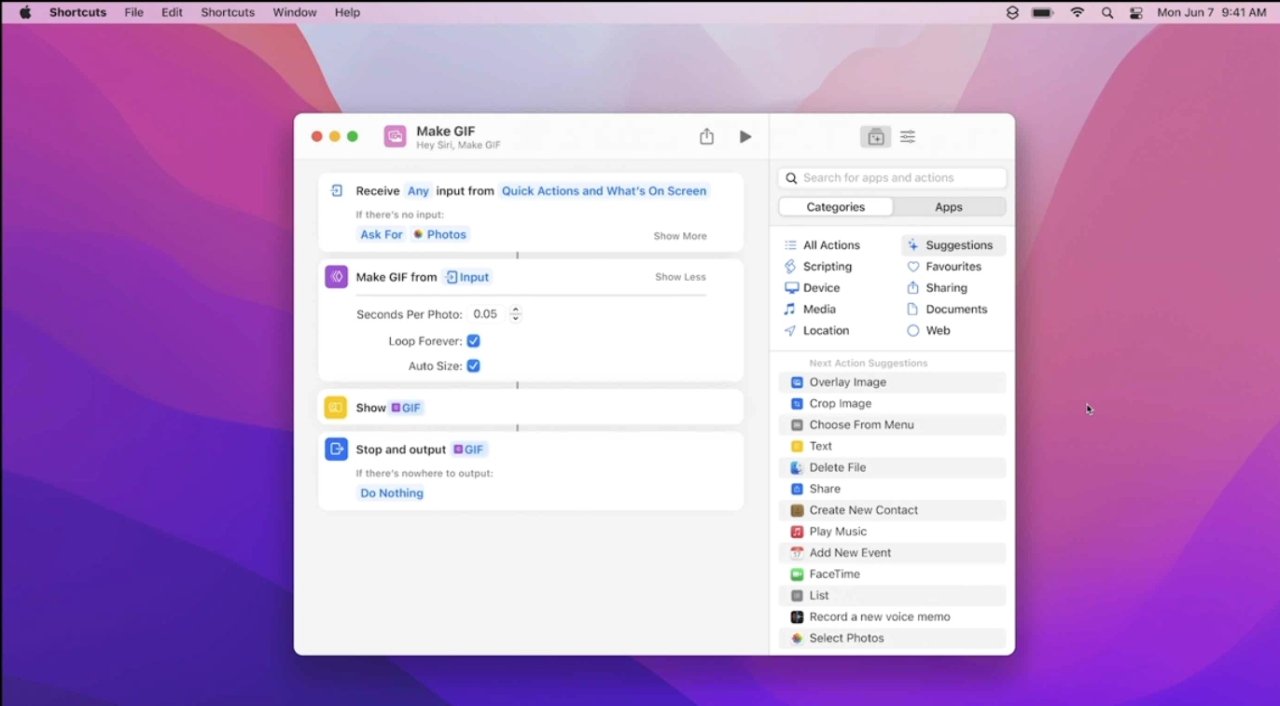 On iOS, access to Shortcuts can be made via Siri, through the Shortcuts app, or via a widget. "[However, we've] weaved Shortcuts throughout Mac OS, so you can run them no matter what app is open," added Federighi, "they're in Finder, menubar, Spotlight. And of course you can ask Siri to run them hands free."

Federighi described Shortcuts as "the future of automation on the Mac," but also said that this "is just the start of a multi-year transition." He did confirm that Automator would continue to be supported, but did not specify that AppleScript would as well.

AppleScript is more akin to a full programming language than Shortcuts or Automator, which both attempt to break down automation into simple steps. It's unlikely that Apple will drop AppleScript, however, as it provides greater access to macOS features and is actively being used by apps such as Pixelmator Pro to bring new features to users.